Zubiri ‘fit’ to be next Senate President -- Drilon | Inquirer News

Zubiri ‘fit’ to be next Senate President — Drilon 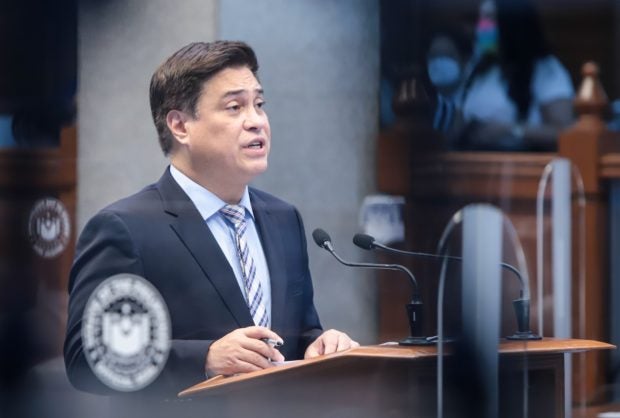 Drilon, who has also previously served as Senate President, said Zubiri’s skills to build a consensus in the upper chamber has improved.

“The incoming Senate President Migz Zubiri, as the majority leader, has improved his skills on trying to build a consensus and that’s why I think he’s fit to become the Senate President apart from his knowledge of various policy issues that confronts our country,” Drilon said in an interview on ABS-CBN News Channel.

Drilon also pointed out that as the minority leader in the 18th Congress, he was never stopped by Senate leaders from scrutinizing measures sponsored by his peers.

“In the present Senate, my colleagues are open to debates. Nobody has told me to stop asking me questions,” Drilon said.

“Senate President [Vicente Sotto III] has adhered to the ruling on debates, meaning you cannot stop anyone from asking questions,” he added.

The Senate adjourned its final session of the 18th Congress on Wednesday, June 1.

Once the upper chamber opens its session for the 19th Congress in July, the senators will elect its Senate President.

Another senator reported to vie for Senate presidency, Senator Cynthia Villar, has withdrawn from the race and has given her support to Zubiri.