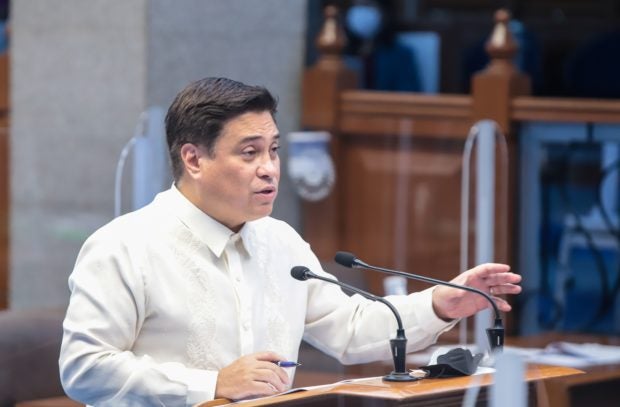 MANILA, Philippines — The Senate on Wednesday elected Senate Majority Leader Juan Miguel Zubiri as its “officer-in-charge” from June 29 until the start of the 19th Congress in July.

This move was made to ensure the continued discharge of powers and duties of the Senate leadership until the opening of a new Congress.

During the last session day of the 18th Congress, the upper chamber adopted a resolution electing Zubiri as Senate President Pro Tempore.

“This is an officer-in-charge post,” noted Zubiri, who is eyeing the Senate presidency under the incoming 19th Congress, which will open on July 25.

“No officer of the Senate will be on board,” he said.

“As a continuing institution, it is imperative that the Senate have a president or a president pro tempore between June 30, 2022 and the organization of the Senate in the 19th Congress on July 25, 2022 so that the powers and duties of the chief executive of the Senate…may be fully discharged without interruption,” Drilon explained.