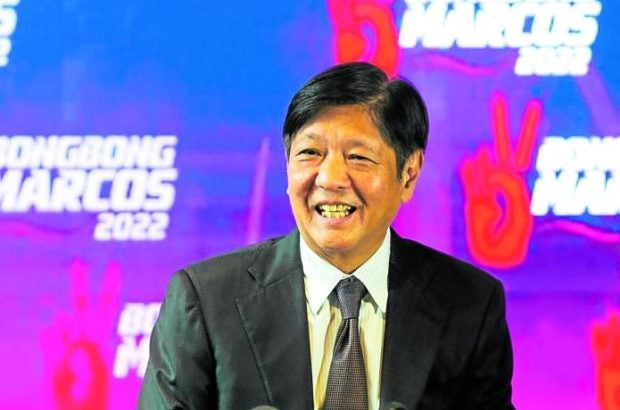 MANILA, Philippines — President-elect Ferdinand “Bongbong” Marcos Jr. has asked the Supreme Court to dismiss a petition to cancel his certificate of candidacy (COC) on both legal and political grounds, saying the tribunal no longer had jurisdiction over his case after his proclamation and that it must protect his massive electoral victory.

His lawyers led by Estelito Mendoza cited Section 4, Article VII of the Constitution in arguing that the high court lost jurisdiction over the case against him after he was proclaimed as the winner of the May 9 presidential elections.

“Any issue as to the qualifications of respondent Marcos Jr. falls within the sole and executive jurisdiction of the Presidential Electoral Tribunal as provided in the Constitution,” they said.

It is the Supreme Court that serves as the Presidential Electoral Tribunal, which is convened when a protest is lodged to contest the results of either the presidential or the vice presidential polls.

The lawyers for Marcos were commenting on a May 16 petition filed by a group representing former political detainees during his father’s dictatorship asking the high court to nullify a decision by the Commission on Elections (Comelec) to junk their petition to the poll body to cancel his candidacy for allegedly lying about not being disqualified from running for public office after he was convicted of violating the tax code in 1995.

The petitioners also asked the high tribunal to order the Comelec to discard the votes for Marcos for not being a legitimate candidate because he had no valid COC and to proclaim the “eligible candidate” with the next highest number of votes the winner of the presidential elections.

Marcos’ lawyers said the petition against him “defiles the sovereign will” of the people and asked the Supreme Court to “protect the free choice of the Sovereign Filipino People that their president is respondent Ferdinand ‘Bongbong’ R. Marcos Jr. (BBM).”

“To allow the defeated and rejected candidate to take over is to disenfranchise the citizens representing 58.77 percent of the votes cast, without fault on their part,” the lawyers said.

“If all of these do not yet suffice, BBM’s vote of 31,629,783, is more than twice as many as the vote of [Vice President] Leni Robredo with 15,035,773 votes, the voice of the Filipino electorate is true and clear that they do not only find grounds to disqualify BBM, but they want him to be the President of the Republic of the Philippines,” they said.

Even assuming the high court still has jurisdiction, the lawyers argued that the petition lacked merit, the lawyers said.

The Comelec’s ruling that there was no false representation by Marcos in his COC carried “great weight” and must be fully respected, they said, adding that Comelec “correctly” ruled that the petition to cancel his COC could be summarily dismissed.

The case against Marcos was his nonpayment of taxes when he served as vice governor and later governor of Ilocos Norte from 1982 to 1985.

In its 1995 decision, the Quezon City Regional Trial Court found that there was no record of Marcos’ compliance with his tax obligations. In 1997, the Court of Appeals modified the trial court’s ruling by acquitting him of tax evasion but convicting him of failing to file his income tax returns.

The lawyers said that Marcos had no intention to mislead and misinform the electorate when he filed his COC as he was unaware of the consequences of his 1995 conviction.

They said there was no indication that he was perpetually disqualified from holding public office in the appellate court ruling, the National Internal Revenue Code or in other Supreme Court cases.

They stressed that the Court of Appeals did not penalize him with perpetual disqualification from holding public office in its 1997 decision.

Another DQ case vs. Bongbong Marcos now at SC