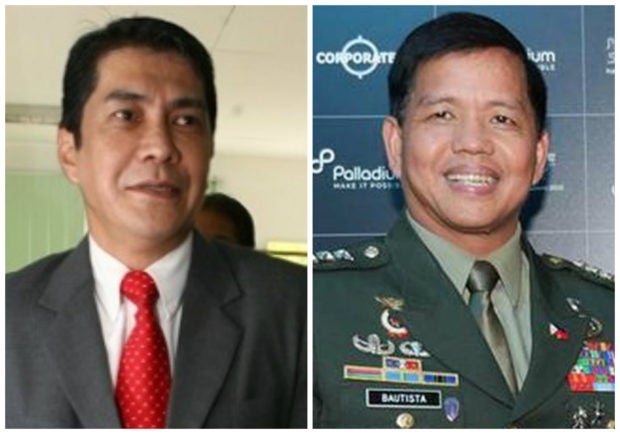 MANILA, Philippines — The transition teams of the incoming and outgoing Department of Social Welfare and Development (DSWD) officials are set to meet on June 6.

This was announced by incoming DSWD chief Erwin Tulfo on Wednesday, saying that they have received an invitation to meet with the transition team of incumbent chief Rolando Bautista.

“I had an invitation yesterday that will be—that’s set on Monday, June 6. So, I will be meeting the transition team of Secretary Bautista on Monday morning, around 10:30 a.m. So, we will be seeing each other in his office,” he said in a Kapihan sa Manila Bay forum.

Tulfo likewise shared that Bautista has given instruction to his staff “to coordinate and cooperate with the incoming administration and then to give out all the support that” they need.

Tulfo was then asked how he is expecting their first meeting since he had a conflict with Bautista.

“Actually, when I apologized and he accepted naman my apology through another government official, gusto kaming pag-usapin (they want us to talk) before,” he recalled.

“Unfortunately, he has a very hectic schedule too. Kung siya naman (When he is) available, I am either out of town, deployed by PTV, covering calamities. So, hindi kami nagtagpo (we have not crossed paths),” the broadcaster continued.

Tulfo earlier ranted against Bautista for refusing to grant him an interview for his radio show.

The incoming chief will serve under the administration of President-elect Ferdinand “Bongbong” Marcos Jr.