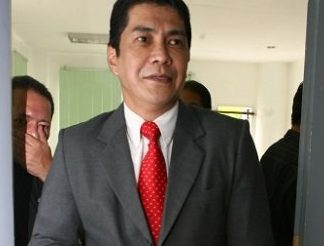 “They have been with me for the past 10 years, was also a member of the media back then in 2010 and nakasama na namin sa mga distribution ng mga ayuda (we have been together during aid distribution), especially pandemic, that’s Sally Navarro,” Tulfo announced in a Kapihan sa Manila Bay forum.

“Then I have Jerico Javier as my Usec. for Operations. He’s been with me, we’ve been covering a lot of calamities. Nakita niya rin ‘yung mga distribution natin (He also saw our distributions) during the pandemic,” he went on.

The incoming chief likewise said that he is not keen to bring many people in the agency.

“As much as possible, I will limit bringing in so many people kasi (because) I want to promote people from within,” he shared.

Tulfo earlier asked his critics to give him up to one year to serve the people effectively. He committed to step down, should he fail to fulfill his duties.

He will serve under the administration of president-elect Ferdinand “Bongbong” Marcos Jr.