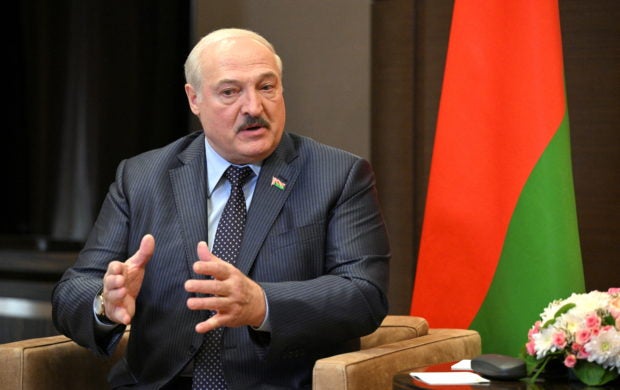 The Gomel region of Belarus borders Ukraine in the south and, in places, the exclusion zone around the site of the Chernobyl nuclear reactor disaster. To the east, it borders Russia.

“Events of this kind are traditionally held to increase the combat and mobilization readiness of military commissariats, and improve military knowledge and practical skills of those liable for military service,” BelTA quoted Krivonosov as saying.

On June 28-July 16, military training will take place with those liable for military service for territorial defense formations, Krivonosov said.

A close ally of Russia, Belarus said in March that its armed forces were not taking part in what Moscow calls its “special operation” in Ukraine, but it did serve as a launchpad for Russia to send thousands of troops across the border on Feb. 24.

On May 26, Belarus leader Alexander Lukashenko ordered the creation of a new military command for the south of country bordering Ukraine.

Read Next
2 VPs agree to meet for smooth transition
EDITORS' PICK
Bongbong Marcos says PH ‘open for business’ with new Clark Airport terminal
Individuals affected by ‘Karding’ now over 157,000
Newbie gamers are in for a treat with the power-packed feature of vivo Y16
Karding damage to infrastructure at P23M
House energy committee chair Arroyo bats for cheap electricity
Reignite your passion with the vivo Y35
MOST READ
Angelica Panganiban ‘duguan, sugatang mom’ one week into breastfeeding
LPA enters PAR, may develop into tropical depression
Badoy not with Office of the President, NTF-Elcac, under Marcos admin — solon
Charges readied vs gov’t guard with P290-M deposits
Don't miss out on the latest news and information.