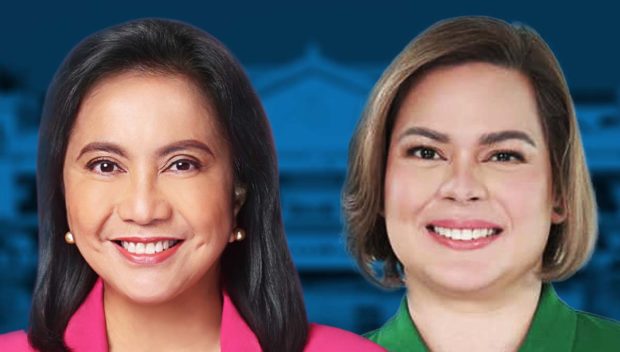 MANILA, Philippines — Two days after returning to Manila, Vice President Leni Robredo is back at work again — this time to help usher in her successor.

On Monday, Robredo wrote a letter to Vice President-elect Sara Duterte congratulating her for winning the 2022 elections and that she was ready to meet with her and her team.

“Please be advised that we are ready to meet to answer any questions you may have regarding the Office of the Vice President (OVP) and to take all necessary steps to ensure a smooth transition,” Robredo wrote.

She added that her chief of staff, Philip Dy, will “get in touch directly with your team to set this up.”

Robredo’s response comes after Duterte, through her spokesperson Cristina Franco, sent formal communications to the OVP seeking an initial meeting to kick-start the transition process.

Duterte, who once called Robredo a “fake VP,” is set to have her inauguration by June 19, or 11 days ahead of the usual inauguration for new presidents and vice presidents.

This plan stirred debate about whether this could trigger a constitutional crisis, as this would mean there would be two sitting vice presidents for 11 days until June 30.

It’s also unclear whether Duterte would carry the incumbent Vice President’s flagship programs for the past six years. This includes the recently suspended Bayanihan e-Konsulta, the free teleconsultation service launched at the height of the pandemic to assist outpatients, as well as the Angat Buhay initiatives for livelihood and education.

Robredo, on the other hand, is readying herself for the coming launch of the Angat Buhay Foundation on July 1, a day after her term ends.

A day after returning from a two-week vacation in New York where they celebrated her daughter Jillian’s graduation from New York University, Robredo wrote a lengthy Facebook post ruminating about how walkable and accessible public transport was in the Big Apple and expressed hopes that the same can be replicated here.

Among others, she noted that most places in New York were either bikeable, walkable or reachable via public transit. She also mused about the city’s many parks, where they spent most of their time.

Robredo eyed sustainable transport among her top priorities had she been elected president. Among others, she planned to improve mass and public transport, and champion equitable modernization, green spaces, bike lanes, among others.

Robredo, daughters back in PH from New York City