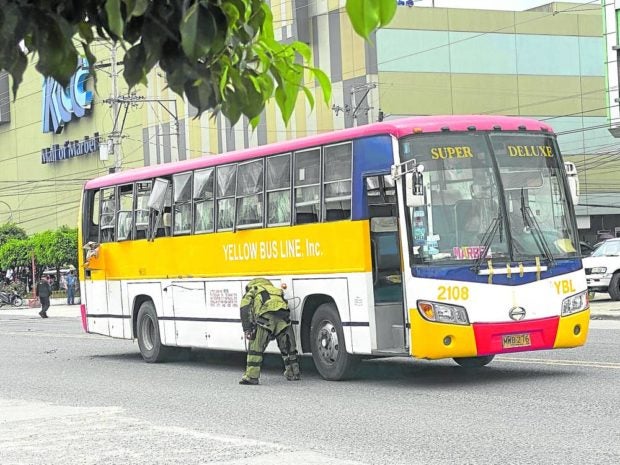 According to NCRPO regional director Maj. Gen. Felipe Natividad, he has ordered a stringent implementation of security measures and increased visibility across Metro Manila following the bus bombing in Koronadal, South Cotabato and another blast at the bus terminal in Tacurong, Sultan Kudarat.

“I call on the public not to be alarmed nor should to panic instead remain calm and vigilant. I also encourage everyone to be highly alert and report any suspicious person or behavior, report any unfamiliar face in the neighborhood to the barangay or nearest police station,” Natividad said in a statement.

“All acts of terrorism against people of any religion, race or creed, are crimes against humanity. And are always a threat to any nation’s security,” he added.

Natividad assured Metro Manila residents that the full capability of the police would be used to ensure safety in the capital region, which is arguably the busiest area in the country.

“In regards to this, we will be utilizing all of our resources in NCRPO to the maximum and heightened efforts to ensure safety and security of each and every resident of Metro Manila,” he noted

During his briefing on Monday, Danao revealed that the owners of the bus that was bombed in Koronadal were subjected to extortion attempts from a particular group.

However, he also said that they have received reports indicating that the bombing may have been a terrorist attack, although such information is still being validated.