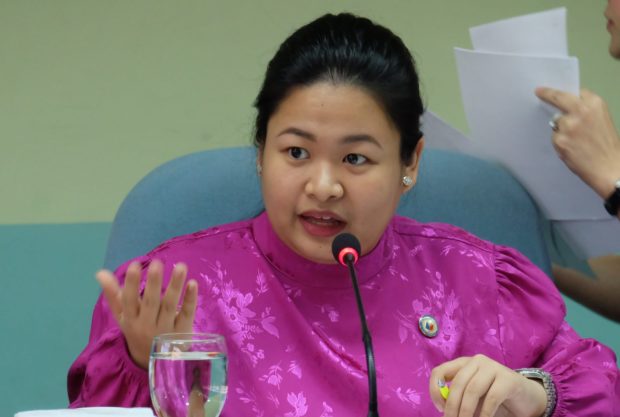 MANILA, Philippines — A coalition of party-list groups, the Partylist Coalition Foundation Inc. (PCFI), mustered 60 votes in the House of Representatives and sought at least a fifth of the key posts in the chamber when the 19th Congress convenes on July 25.

Rep. Angelica Natasha Co, incoming PFCI secretary-general, of the Barangay Health Wellness party, said the coalition could have gotten 63 seats, were it not for three Makabayan bloc representatives who, just like in the past, did not join the coalition.

PCFI only had 54 votes in the 18th Congress but strengthened its voice and maintained its position as second-largest bloc in the House, next to the ruling Partido Demokatiko Pilipino-Lakas ng Bayan (PDP-Laban) with its 63 seats in the 19th Congress.

The other House blocs are the National Union Party with 40 seats, Nacionalista Party with 39, Nationalist People’s Coalition 36 and Lakas 27, led by Leyte Rep. Martin Romualdez, who will likely become speaker.

These blocs already account for 205 votes in the House and PCFI members are expected to add 60 more votes for a total of 265.

On Thursday, the Commission on Elections, sitting as the National Board of Canvassers, proclaimed a total of 55 party list groups, which secured a total of 63 seats in the lower chamber.

ACT-CIS Party list topped the party-list race anew and is the only group to get three seats in the 19th Congress, followed by 1-Rider, Tingog, 4Ps, Ako Bicol, and Sagip, which each earned two seats.

Co, a niece of incoming PCFI president Elizaldy Co of Ako Bicol, said the coalition was seeking to push harder for the agenda of the coalition members.

“The members of the PCFI have common, shared concerns and issues … We must push for innovations and reforms that improve the quality of life and work of these sectors,” Co said of the group’s bid for key positions.

In the House, key positions include the post of House majority leader, minority leader, chairs of committees, and deputy speakers.

Co pointed out that members of the PCFI have common, shared concerns, including affordable universal health care and a corruption-free state health insurer, wage subsidies, a national minimum wage law, and an end to contractualization in the government and private sector.

They are also looking at hospital standards and service standards for hospitals in the government and private sector, an increase in professionally-manned school clinics, lower unemployment and underemployment, training, and extension and outreach services for the poor in state universities and colleges, among others.

Co said the Barangay Health and Wellness Party list would work on deepening its working relations with other sectors of barangay health and wellness such as caregivers, physical therapists, massage specialists, hairstylists, pedicurists, manicurists, barbers, fitness trainers, and gym entrepreneurs.