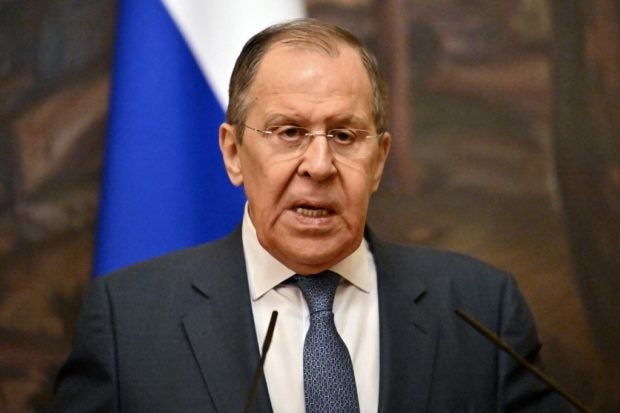 MOSCOW — Russian Foreign Minister Sergei Lavrov on Friday accused Western countries of waging a “total war” on Russia and its people and culture as Moscow pushes on with its military operation in Ukraine.

“The West has declared war on us, on the whole Russian world. The culture of canceling Russia and everything connected with our country is already reaching the point of absurdity,” Lavrov said at a ministry meeting.

He accused the West of banning Russian writers, composers and other cultural figures.

“It is safe to say that this situation will be with us for a long time,” he added.

According to Lavrov, Washington “and its satellites are doubling, tripling, quadrupling their efforts to contain our country”.

He said they are “using the widest range of tools — from unilateral economic sanctions to thoroughly false propaganda in the global media space”.

“In many Western countries, everyday Russophobia has become of an unprecedented nature, and, to our great regret, is encouraged by government circles in a number of countries,” Lavrov said.