Davao’s landmark hotel to reopen after its shutdown during pandemic 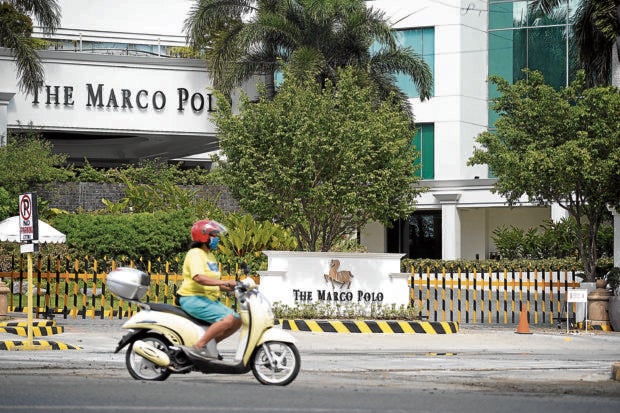 DAVAO CITY — Barely two years after it shut down at the height of the COVID-19 pandemic, Davao’s iconic Marco Polo Hotel is planning to open up again, a hotel executive told the Inquirer.

Francis Ledesma, president of Halifax Davao Inc., owner of the hotel said the hotel was on its “planning stage” for the resumption of its operations after closing down almost two years ago due to the impact of the COVID-19 pandemic.

Ledesma, who sent his private message to the Inquirer, however, did not disclose the exact date when the hotel would resume operation.

Other hotels here, like the Escandor-owned Royal Mandaya Hotel, have also resumed operations.

Its closure on June 15, 2020, had displaced about 200 employees who were provided with separation pay at the time when the country’s tourism industry was among the hardest hit by the pandemic.

READ: Marco Polo Davao about to close down

City Tourism Regina Rosa Tecson welcomed the planned reopening of the facility which would add 200 more rooms to the existing accommodations in the city.

“(The resumption of operations of Marco Polo Hotel) will greatly help our economy. We need more businesses to resume operations,” Tecson said. “To have it reopened shows the management’s confidence in the economic outlook of the city and (the city’s) ability to bounce back after the pandemic. This is, indeed, a very welcome news,” she said.

News on Marco Polo’s reopening came after the city government announced the holding of the Kadayawan Festival, the city’s crowd-drawing event scheduled in August each year, which had been held online in the last two years.

Tecson said the city would no longer limit the festival to those who were fully vaccinated but would include everyone.

Two months ago, Tecson had urged organizers of meetings, incentive travel, conventions, expositions and similar events to apply for permits before holding their events in face-to-face setups. She said the city government only wanted to know in a capsule their emergency plan in case of a surge of COVID-19 infections in the city.