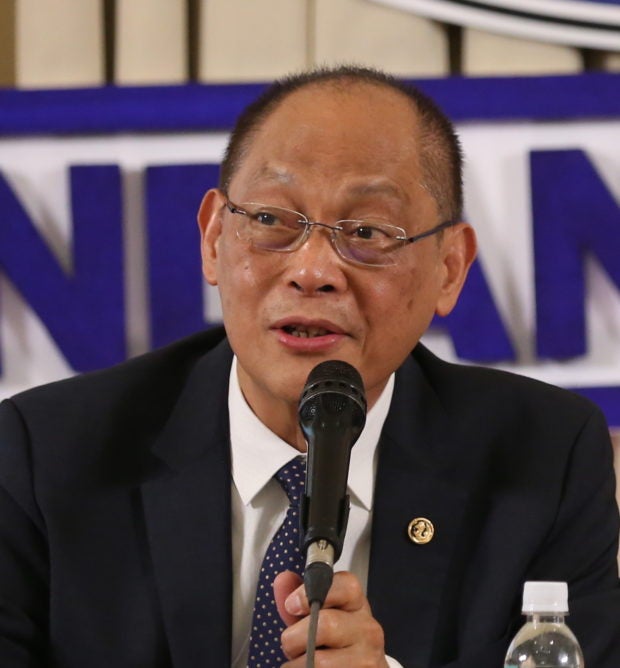 MANILA, Philippines — Philippine central bank governor Benjamin Diokno, who takes on a new role as finance secretary next month, said on Friday he does not favor raising taxes even as the incoming government is set to inherit a huge pile of debt.

Diokno, who is President-elect Ferdinand Marcos’s choice to lead the finance ministry, would rather see an improvement in tax administration and collection, including reducing corruption through digitalization, he said.

Marcos on Thursday said he preferred to reduce the tax burden for those suffering from the economic impact of the pandemic.

Diokno, who before being appointed central bank governor in 2019 served as budget minister, said he was “satisfied with the current tax structure”.

The tax system has already undergone reform in the past six years after incumbent President Rodrigo Duterte’s government lowered corporate and personal income taxes while raising levies on tobacco and alcohol products.

The new Marcos administration is inheriting 11.7 trillion pesos ($224 billion) in government debt, equivalent to 60.5% of gross domestic product as of the end of 2021, the highest ratio in 16 years, fueled by borrowing to address the COVID-19 pandemic.

The debt level was almost double the 6.4 trillion pesos of liabilities when Duterte took office in June 2016, government data showed.

“I am not worried about the level of the debt,” said Diokno, who sees it as “easily manageable” as long as the economy is able to return to a pre-pandemic annual growth rate of 6% to 7%.