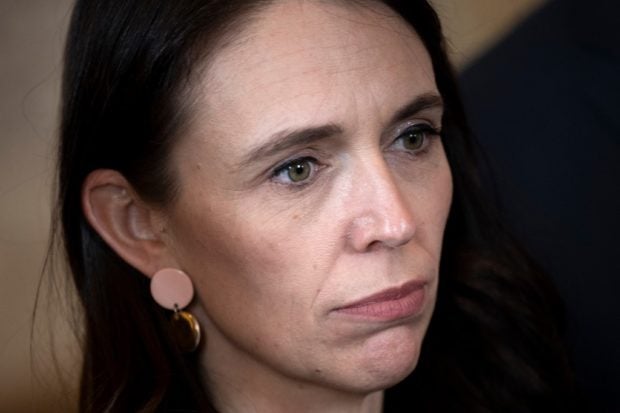 “On anything related to security arrangements, we are very strongly of the view that we have within the Pacific the means and ability to respond to any security challenges that exist, and New Zealand is willing to do that,” she said after a meeting with US senators in Washington.

“We consider the Pacific our family and so where those needs exist we are ready and willing to respond to the call.”

Beijing’s security plans for the Pacific will be the subject of discussion during Chinese Foreign Minister Wang Yi’s eight-nation tour of the region, which began on Thursday.

The push follows recent revelations of a security agreement China secretly negotiated with the Solomon Islands.

Ardern said she believed China was trying to increase its engagement in the region, but “actually, the need around security arrangements, we are able to meet within our region.

“It’s not for us to speak on behalf of other Pacific nations but what I can say is, where that need exists, New Zealand stands ready to respond to it,” she added.

Ardern said it was important that the region thrash out the issue at the Pacific Islands Forum, which is expected to meet in July.

The meeting “will be incredibly important as an opportunity for the Pacific to canvass its view on… the actions of China to increase its role in the Pacific”, she said.

Regional powers Australia and New Zealand have been under pressure to tighten their relationships with South Pacific governments after being taken by surprise by the Solomon Islands deal.

“China has made its intentions clear. So too are the intentions of the new Australian government,” she said.

“We want to help build a stronger Pacific family. We want to bring new energy and more resources to the Pacific.”

“I will be a frequent visitor,” she added.

Biden’s Asian economic talks include 13 countries, and no China

Read Next
Romualdez to Bongbong Marcos: You’re not revising history, you’re writing it
EDITORS' PICK
The Best Tech Gifts For The 2022 Holidays
EDITORIAL: To a bike-friendly future
Is it safe to talk politics again at family gatherings? ‘The Reconciliation Dinner’ shows us what that’s like
vivo’s coming to town to grant wishes with more holiday promos
Pagasa: Warm, sunny Sunday in most parts of PH
House energy committee chair Arroyo bats for cheap electricity
MOST READ
LOOK: Vhong Navarro transferred to BJMP detention facility in Taguig
The Elephant Man in the Senate
Posh village as ‘shabu’ haven
LOOK: Zanjoe Marudo bonds with Ria Atayde, her family
Don't miss out on the latest news and information.