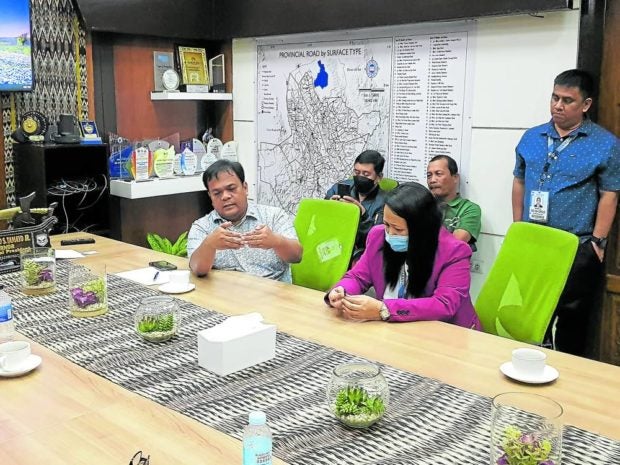 GENERAL SANTOS CITY, South Cotabato, Philippines — The opposition to open-pit mining in South Cotabato has widened beyond the province, just over a week after local legislators voted to allow the method by amending its environment code.

Wary of its possible adverse environmental impact, the city council here, in a resolution unanimously approved during its regular session on Tuesday, opposed the planned open-pit mining operation in Tampakan, South Cotabato.

“While the mining industry is vital to the economy, the economic benefits of open-pit mining cannot outweigh its long-term degrading impact on the environment. When the gains and risks are placed on a scale, the state must always err on the side of caution,” the resolution said.

The council passed the resolution in the wake of the lifting last week by the South Cotabato provincial board of the province’s already 12-year-old ban on open-pit mining, as set in Section 22 of its environment code.

The amendment practically removed the only remaining barrier to operating the $5.9-billion copper and gold project of Sagittarius Mines Inc. (SMI) in Tampakan.

The company had declared open-pit mining as the most viable method in extracting the area’s copper-gold reserves, touted as the largest in Southeast Asia and among the biggest of its kind in the world.

In an earlier statement, the Chamber of Mines of the Philippines (COMP) welcomed the lifting of the open-pit mining ban in South Cotabato, saying it could spur economic activities and create employment and new business opportunities.

COMP chair Michael Toledo said the Tampakan project would be an “essential post-pandemic economic recovery tool whose actual and potential benefits far outweigh the potential negative impacts.” The measure containing the amendment was already transmitted to Gov. Reynaldo Tamayo Jr. who said on Monday that he has 12 days to decide on it.

He has begun meetings with a technical working group in order to thresh out thorny issues about mining and the appropriate method in order to not compromise South Cotabato’s environmental integrity.

Tamayo said: “My decision will be based on what I believe is best for our province.”

“A plethora of scientific studies reveal that the destructive effects on the environment brought about by open-pit mining are of considerable magnitude which cannot be simply overlooked by the state,” said General Santos City Councilor Jose Edmar Yumang, author of the city resolution.

He cited the generation of “acidic and/or heavy metal-laden water, erosion of mine waste dump, and/or vulnerability of tailing dams to geological hazards.”

This happened in the Marcopper mining incident in Marinduque, which was described as the worst industrial pollution accident involving open-pit mining in the country, Yumang said.

He said the Marcopper mining operation caused a massive adverse impact on the Boac River, affecting the livelihood of local residents, and with the onrush of tailings from the mines displacing river water, inundated the low-lying areas.

In March, the council invited resource persons from the Mines and Geosciences Bureau and antimining groups to shed light on the planned open-pit mining operation of SMI in Tampakan. During the sessions, several councilors raised concerns on the vulnerability of the city’s water resources to possible hazards due to the activity.

“The Sangguniang Panlungsod of General Santos City strongly calls for sustainable and responsible mining where the Philippines may generate wealth without degrading the environment and without compromising the health and safety of its people, thus preserving the environment for the benefit of the next generation,” the resolution added.

Last week, the municipal council of Mlang, Cotabato, also expressed opposition to the lifting of the open-pit mining ban. Mlang Vice Mayor Joselito Piñol said they were worried about the Tampakan mining project’s impact on the Ligawasan Marsh.