Cutest guard dog is in the House

MANILA, Philippines — As security in the Batasang Pambansa Complex is tight due to the canvassing of votes for president and vice president, one tiny set of eyes with fluffy black fur is also keeping watch.

She is Nyebe, a black toy poodle who serves as a guard dog in the Batasang Pambansa under the Philippine National Police (PNP) Explosive  Ordnance Disposal and Canine Group (EOD).

She is part of the security unit ensuring the safety of the Batasang Pambansa Complex during the expected proclamation of Ferdinand Marcos Jr. as the country’s new president.

This is her first time being on duty at a historic event at the Batasang Pambansa but she has all the knowledge and training to secure the safety of the premises.

‘Don’t let my looks fool you’

Her handler and owner Police Executive Master Sergeant Jovilyne Bautista said that the 12-month-old Nyebe is currently in training to be one of the bomb-sniffing K9 dogs under the PNP assigned at the complex.

However, the tiny dog has yet to be certified. 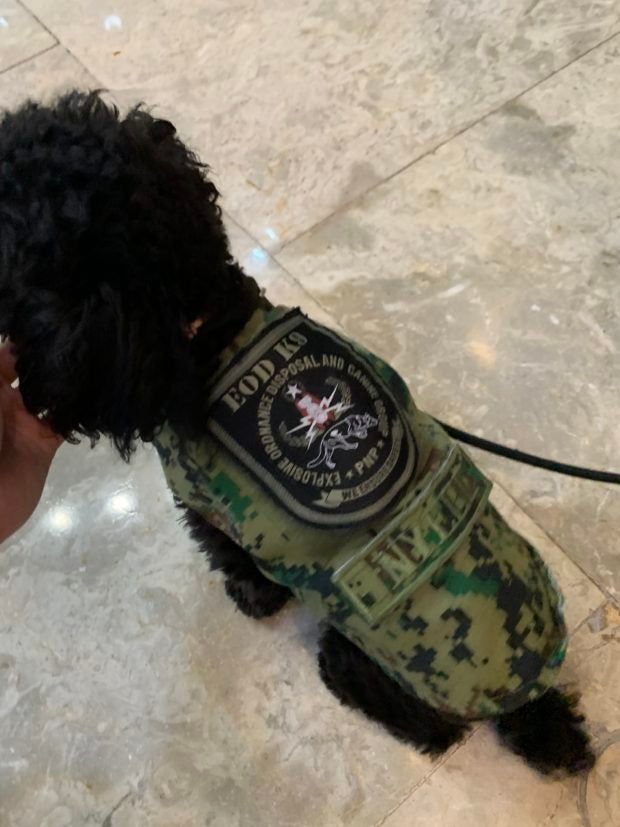 Bautista said that Nyebe has been training to be a bomb-sniffing dog as early as she was two months old and has already grown accustomed to the area.

(She’s already imprinted and trained. She already knows all the explosive odors. We already had her familiarize herself with the area since she was two months old.) 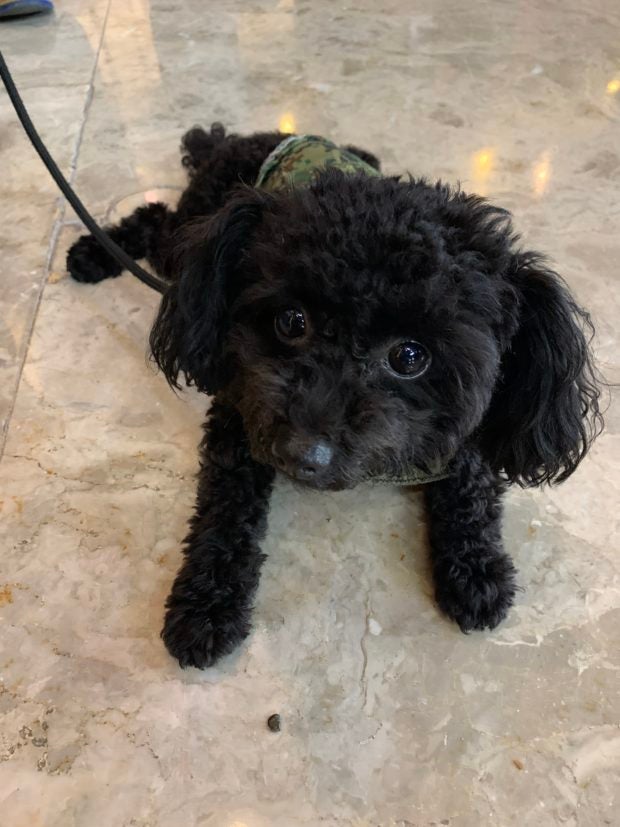 (Because a dog has to be familiar with the place. She has to have no fear so she can go anywhere.) 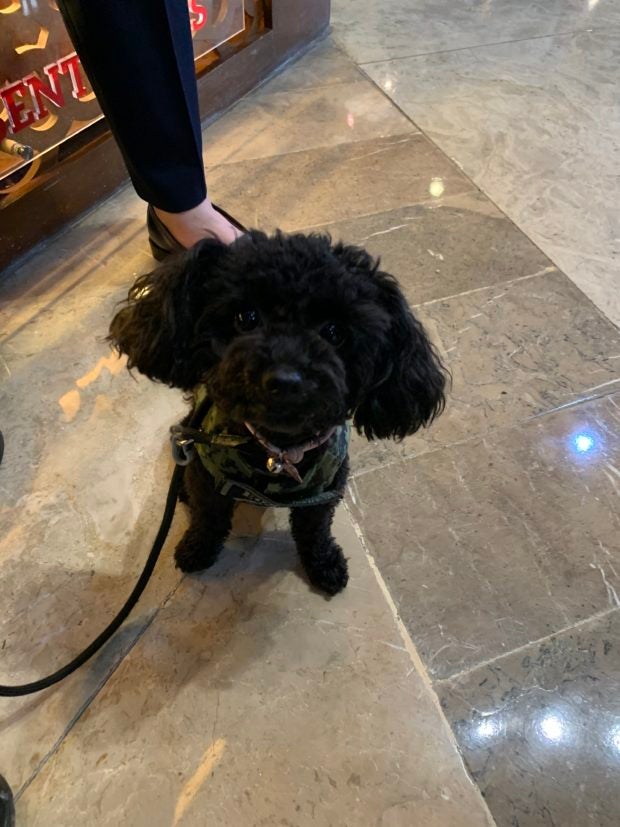 Nyebe is among the roving dogs that sweep the Batasang Pambansa Complex and clear it for explosives on ordinary days.

Nyebe was trained by Bautista herself, who was also trained in the basic handler course,  and a team of instructors in the EOD. 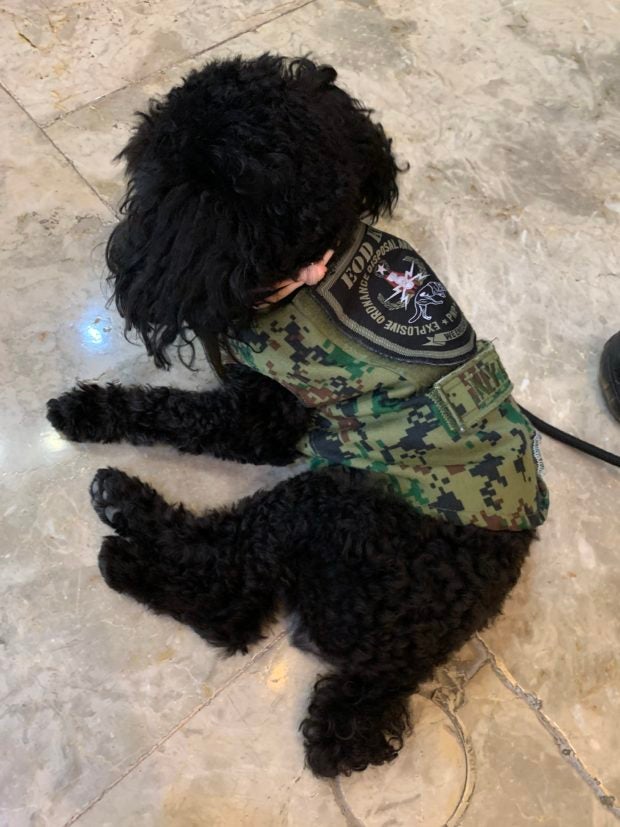 Bautista said Nyebe is her own personal dog and had her trained to help augment the number of K9 dogs in their unit, which currently is only at 5.

(The number of K9 dogs in the EOD is lacking so it’s our own initiative to buy our own dogs since we need it in our job.)

(It’s our initiative to help our unit.)

During the canvassing of votes of the Senate anf the House of Representatives, K9 dogs were tasked to sniff the ballot boxes of explosives.

As of writing, Congress has concluded the canvassing of votes and is poised to proclaim Ferdinand Marcos Jr. as the country’s next president and Sara Duterte-Carpio as vice president.

Happy to serve!Being a public servant isn't easy at all. Dealing the rants of the people whom you serve and embracing… 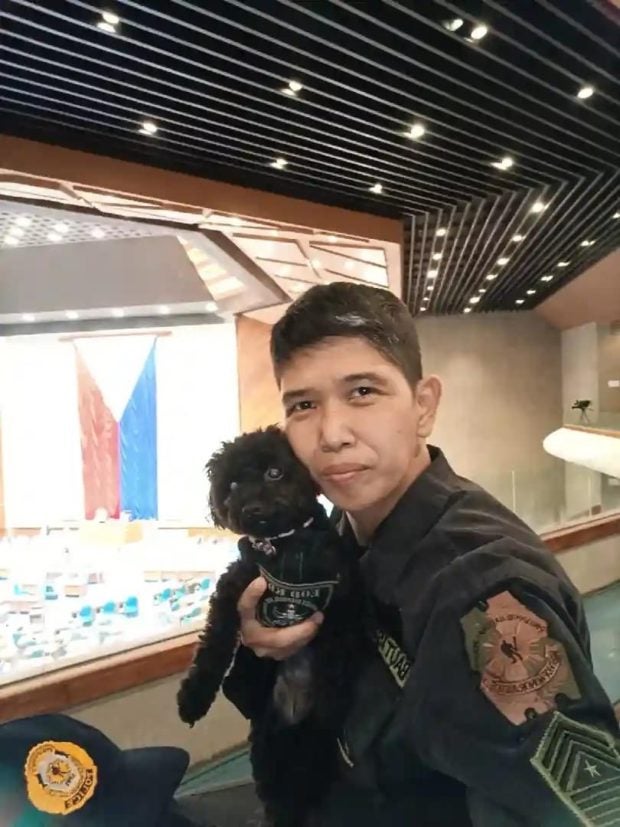 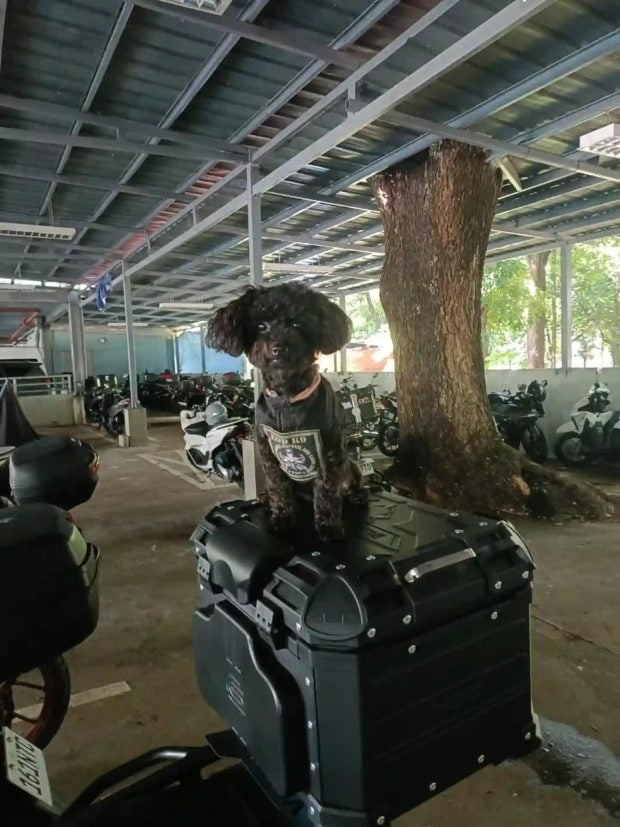 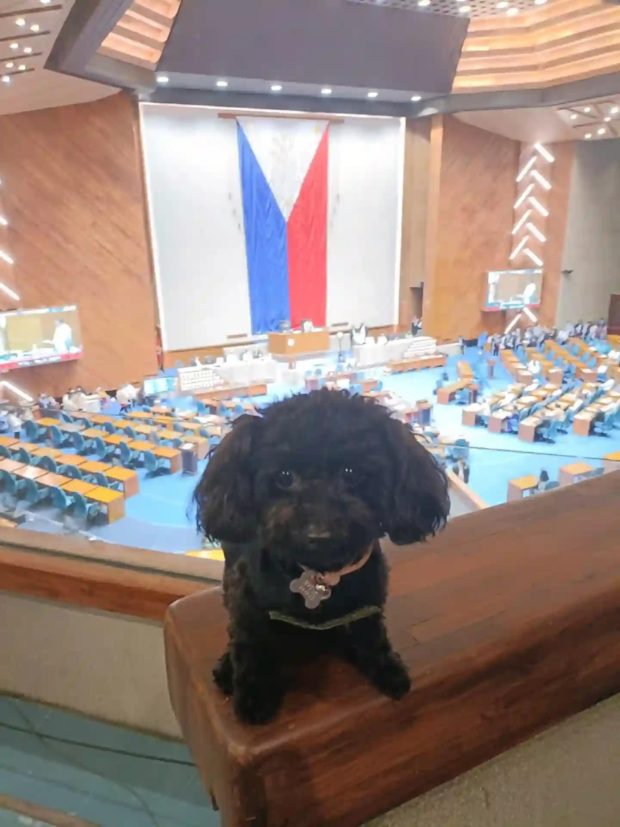 Congress canvassing of votes for president, VP to begin May 24