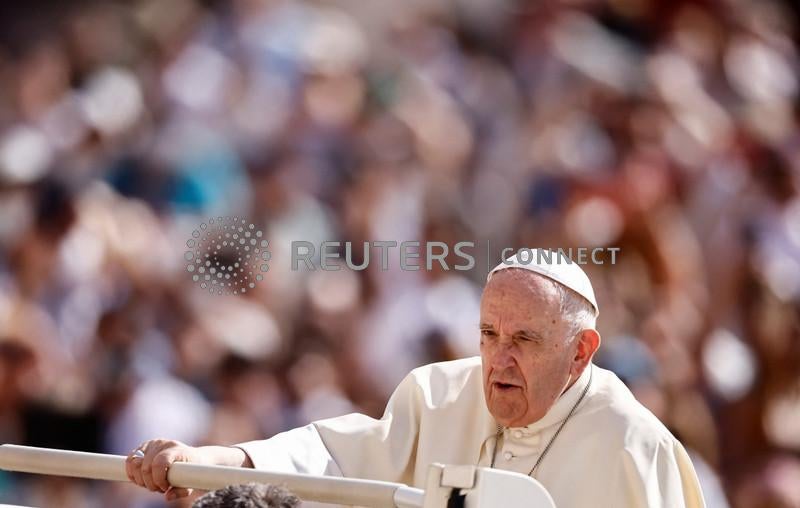 Pope Francis arrives for the weekly general audience at the Vatican, May 25, 2022. REUTERS/Yara Nardi

VATICAN CITY  — Pope Francis on Wednesday said he was “heartbroken” by the shooting at a school in Texas that killed at least 19 children and two teachers, calling for greater controls on weapons.

The crowed in St. Peter’s Square for his weekly general audience applauded his appeal, made a day after worst school shooting in the United States in nearly a decade.

“I am heartbroken by the massacre at the elementary school in Texas. I pray for the children and the adults who were killed and for their families,” Francis said of the shooting in Uvalde, Texas.

“It is time to say ‘enough’ to the indiscriminate trafficking of weapons. Let us all make a commitment so that tragedies like this cannot happen again,” he said.

Speaking from the White House hours after the shooting, a visibly shaken President Joe Biden urged Americans to stand up to the politically powerful gun lobby, which he blamed for blocking enactment of tougher firearms safety laws.

Francis has often taken on the weapons industry. In 2015 he said people who manufacture weapons or invest in weapons industries are hypocrites if they call themselves Christian.