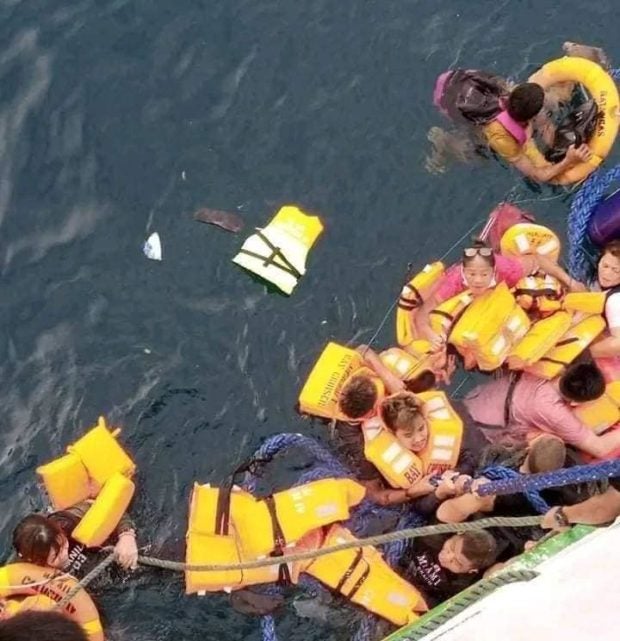 RESCUED Passengers of MV Mercraft 2 are being rescued after the vessel caught fire in the waters off Real town, Quezon province early on Monday, May 23. (PHOTOS FROM THE PHILIPPINE COAST GUARD FACEBOOK via VINCENT BARDOG CACERES)

MANILA, Philippines — The Philippine Coast Guard (PCG) on Wednesday clarified the tally of affected individuals in a fire that engulfed a vessel near a port in Quezon province, with the number of injured people rising to 29.

During its investigation, the PCG found that the MV Mercraft 2 that caught fire earlier this week off the coast of Real, Quezon had 157 individuals onboard, not 134 as earlier reported.

“According to the PCG Station Northern Quezon, the data gathered during the investigation yesterday, 24 May 2022, revealed that there were 157 individuals onboard the distressed vessel instead of 134 individuals as earlier reported,” the PCG said in a statement.

“Out of the 157 passengers and crew members on board, 121 were uninjured, 29 were injured, and seven died due to the incident,” it added.

The PCG said the owners and operators of the vessel may face criminal charges and franchise suspension if the probe shows negligence on their part.