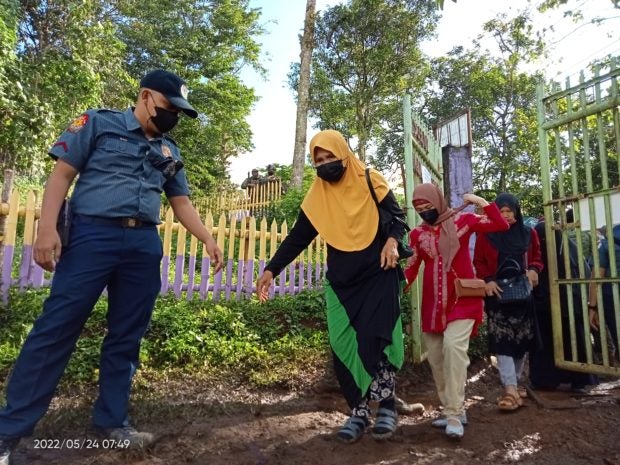 A policeman assists a Maranao woman voter during the conduct of special elections in Tubaran, Lanao del Sur, May 24. (Divina M. Suson)

MANILA, Philippines — The special elections in Tubaran town in Lanao del Sur on Tuesday was “very peaceful” and that no glitches occurred in the duration of the polls, Commission on Elections (Comelec) Commissioner George Garcia said on Wednesday.

The special election was conducted in 12 villages of Tubaran after the Comelec declared a failure of elections in the municipality.

“In fact, we were so surprised there were no glitches that occurred during yesterday’s special election,” he added.

There were around 7,000 registered voters in the town, and the turn out may reach up to 70 percent, according to Garcia.

“More or less it will be ranging from 65 to 70 percent which is not that bad, that’s a very good turnout,” the commissioner said of the voter turnout.

Garcia noted the voter turnout in the municipality may be lower than the national count of 83.3 percent, “but just the same, in view of the violence that happened before in Tubaran, that’s a good and exactly a perfect number.”

Unlike the May 9 elections where teachers regularly served as electoral board members, 60 personnel of the Philippine National Police as well as Army soldiers were tapped to serve as special board of election inspectors.