Biden orders US flags flown at half-staff after Texas shooting 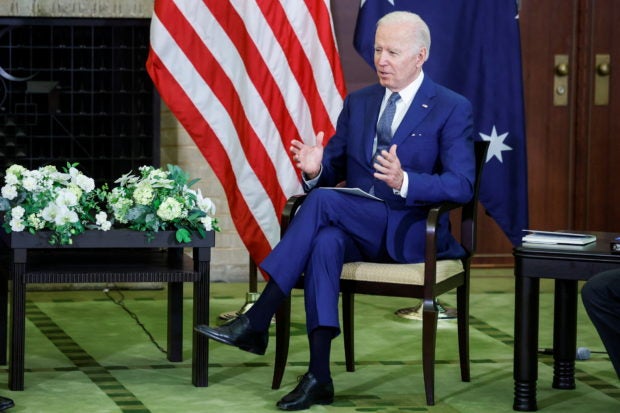 WASHINGTON — U.S. President Joe Biden ordered U.S. flags be flown at half-staff at the White House and other public buildings “as a mark of respect for the victims” in a Texas shooting on Tuesday that killed 14 students and one teacher.

Flags will be flown at half-staff until sunset on May 28, Biden said in a statement.

Biden has been briefed on Tuesday’s school shooting, White House press secretary Karine Jean-Pierre said, and will speak about it on Tuesday night.

Biden “will continue to be briefed regularly as information becomes available,” she said on Twitter.

Biden was aboard Air Force One returning from a trip to Asia when the shooting happened.

Biden will order the flags at the White House, and at U.S. federal and public buildings to be flown at half-staff, the White House said in a statement from Air Force One.

When he ran for the presidency, Biden, a Democrat, promised to push gun safety measures and reduce the country’s tens of thousands of annual gun deaths. He and his Democratic Party have failed to get enough votes in Congress for background checks or other proposed bills.

The United States is the most heavily armed society in the world, according to the Geneva-based Small Arms Survey, a research group. Small, rural states where gun ownership is widespread have disproportionate influence in the U.S. Senate, where a supermajority of 60 votes is needed to advance most legislation in the 100-seat chamber.