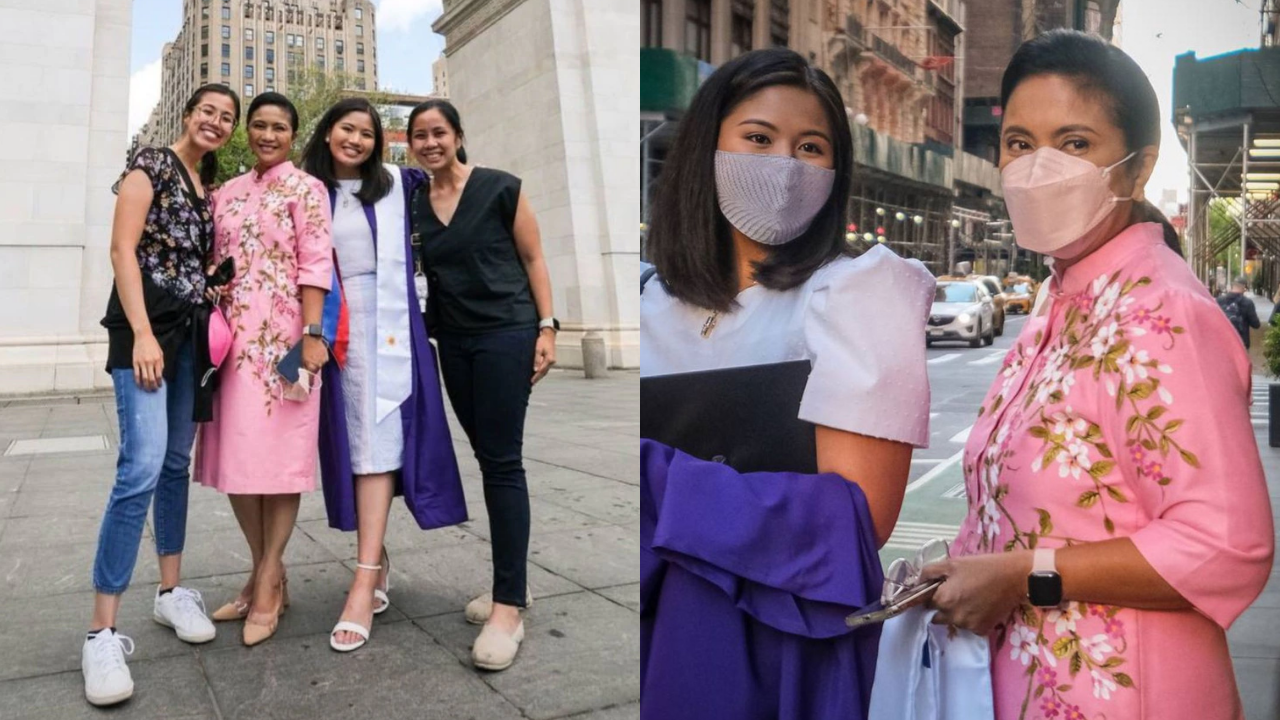 MANILA, Philippines—Supporters of Vice President Leni Robredo in Argao, Cebu expressed excitement after Robredo was seen wearing their handwoven barong dress at the graduation of her youngest child, Jillian, in New York City.

Rainera Lucero, one of the leaders of the group Argaoanons with Leni, said that their volunteer community greatly appreciated the gesture, especially since some of them are still dealing with post-election grief.

“It was a big win for us because we were so sad [about] the results of the elections. It’s hard to accept, really….The only thing that made us feel a little better was when VP Leni said, ‘Let’s continue this. Let’s do the Angat Buhay [Foundation].’ We were livened up, more so when she wore our dress…Grabe ang impact,” she said.

Lucero explained that the floral Hablon de Argao barong dress, which her group gifted to Robredo when she visited their town to campaign in February, captures the story of Argao, its women and its cultural heritage.

She also credited the team who handcrafted Robredo’s dress—weaver Josephine Cameros, sewer Jovencio Fuentes, and painter Joel Capuyan Gozon. Jima Bejagan and Jorelyn Concepcion, from the Cebu Technology University—Argao Campus (CTU-AC), were also thanked for their efforts to revive the Hablon de Argao industry in the past 10 years, after adopting it as an extension project.

“And it wasn’t just our group that was very happy. It was those who were involved, and also the Argaoanons who love our cultural heritage and the things that Argaoanons are proud of,” she added.

In a Twitter post, Robredo thanked Argaoanons for the gift that showcased their community’s “talent and craftsmanship.”

She and her three daughters flew to New York to attend Jillian’s university graduation.