Villanueva to defer choice of Senate leadership to Seatmates bloc 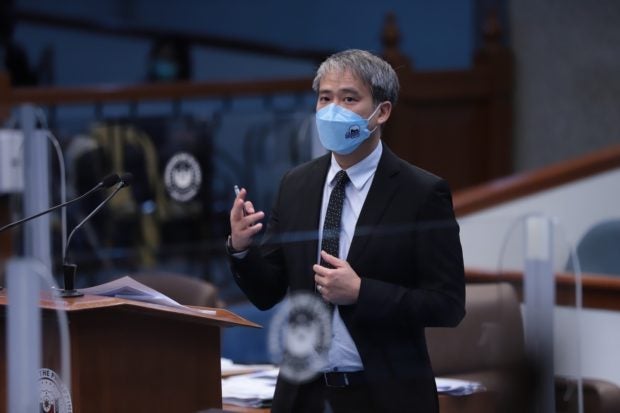 MANILA, Philippines — Senator Joel Villanueva will defer to the so-called Seatmates bloc the decision on who to support for Senate president.

Before the proclamation of winning senators started at the Philippine International Convention Center in Pasay City on Wednesday, Villanueva was questioned about who he would support as Senate president.

“When it comes to the leadership issues, we have been talking. I think it’s an open book that I’m a member of the Seatmates group,” he answered.

The original members of the so-called Seatmates bloc are Villanueva, Senators Juan Miguel Zubiri, Sonny Angara, and Sherwin Gatchalian, and former Senator JV Ejercito — who is a senator-elect in the 2022 polls.

“So, kung ano man mapag-usapan du’n sa grupo na ‘yun (Whatever will be talked about in the group), I will submit to the wisdom of our group,” said Villanueva.

Villanueva was likewise asked what committees he preferred to chair.

“When it comes to committees, preferential committees, etcetera, I don’t mind. In fact, I can even say that I’m open to being part of the minority,” he replied.

Currently, Villanueva is chair of the Senate committees on labor, employment, and human resources development and higher, technical and vocational education.

Re-electionist Villanueva got 18.4 million of votes in the May 9 polls.