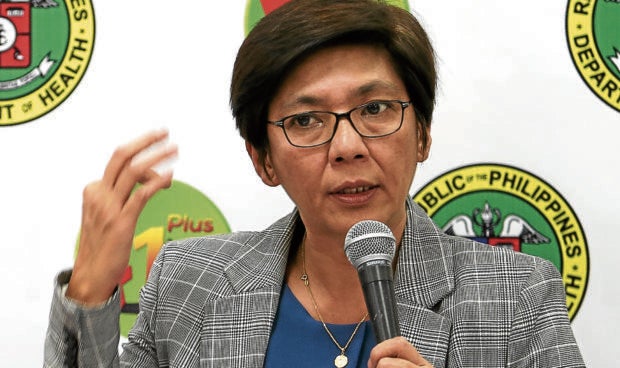 MANILA, Philippines — The Department of Health (DOH) has intensified its active monitoring of COVID-19 infections after confirming on Tuesday the local transmission of the Omicron subvariant BA.2.12.1 in three areas in the country, the latest involving three individuals in Iloilo City.

In a virtual press briefing, Health Undersecretary Maria Rosario Vergeire said the most recent genome sequencing results from Visayas found three residents in Iloilo with the new sublineage, two of whom had no international travel history. The other was a returning overseas Filipino from the United States.

“There is now local transmission of the Omicron subvariant [BA.2.12.1] in our country, meaning that the cases that were detected are not related to the cases from other countries. This is still not community transmission where there are widespread infections whose linkages could not be traced anymore,” Vergeire pointed out.

The DOH defines local transmission as cases in the country that have been confined in a certain area and not epidemiologically linked to those with international travel history. Community transmission, meanwhile, refers to huge clusters of infections whose source cannot be traced.

Vergeire said the health department was still verifying if the new BA.2.12.1 cases had finished their isolation and already recovered. The number of close contacts have yet to be determined, she added.

With the detection of the three new BA.2.12.1 infections, a total of 17 cases have now been recorded in the country. The first two were Metro Manila residents who had 39 colleagues as their close contacts, Vergeire said.

The remaining 12 cases were foreign visitors and one resident in Puerto Princesa City who went on a diving tour to the Tubbataha Reefs. All earlier cases, including those from Metro Manila, have been tagged as recovered, according to the health official.

Asked if current testing protocols would be modified in response to the local transmission, Vergeire told reporters that active surveillance must be prioritized for now as changing procedures would not stop the spread of BA.2.12.1.

Local governments and other implementing agencies are advised to use reverse transcription polymerase chain reaction (RT-PCR), the gold standard in COVID-19 testing, over antigen tests during active surveillance so samples would qualify for genome sequencing, she pointed out.

“We don’t need to change protocols. What we are advising to all implementing units is to use RT-PCR because samples from this [test] are the only ones that can be used for genome sequencing,” Vergeire said.

“What we need to do right now is just to intensify our surveillance by doing active surveillance and of course, continue with our other preventive measures,” she added.

Current testing protocols in place recommend the use of RT-PCR only for seniors, those with comorbidities and medical front-liners at risk of developing severe COVID-19 infection. Antigen tests, meanwhile, may be used by symptomatic individuals with no access to RT-PCR kits.

Asymptomatic close contacts are not advised to be tested, unless they develop symptoms, according to the latest Inter-Agency Task Force for the Management of Emerging Infectious Diseases guidelines.

At the Laging Handa public briefing on Tuesday, Health Undersecretary Myrna Cabotaje reiterated the government’s call for unvaccinated and partially vaccinated persons, and those with no booster shots yet, to proceed to vaccination centers and get jabbed soon.

“Vaccination is the game changer in our COVID-19 pandemic [response], but we are not yet out the woods. We should vaccinate more to protect the entire country,” she said.

The official said the ongoing second booster dose administration for the immunocompromised remained “a bit sluggish” with only 31,000 recipients so far, around 12,000 of them from Metro Manila.

She said the eligible recipients recognized the importance of vaccines, but saw no urgency in getting the booster dose since there were no more surges and they felt their primary inoculation was enough to protect them from COVID-19.

Meanwhile, Cabotaje noted that the National Vaccination Operations Center was just awaiting guidelines from the World Health Organization before starting to roll out the administration of the second booster dose to priority groups, particularly health workers and the rest of the senior population.