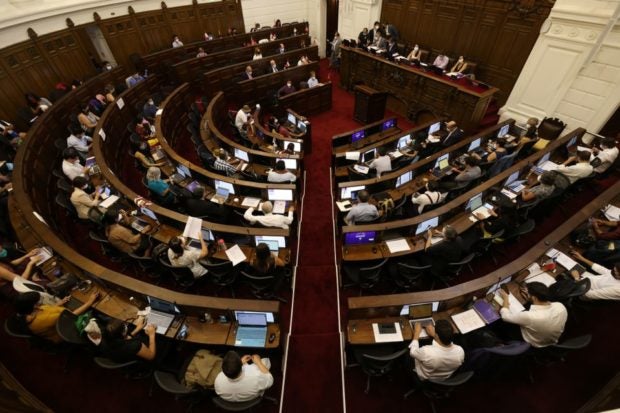 SANTIAGO — Commissions in charge of fine-tuning a draft of Chile’s new constitution and mapping out the transition from a free-market doctrine to a focus on rights and social programs take over on Monday before it is put to a vote in September.

The constitutional assembly finished approving new articles over the weekend, with a total of 499 given the green light since the debate began last October.

“We haven’t been exempt from mistakes, of course, but today we can say we fulfiled the mandate Chilean’s gave us on time and in substance,” said Maria Elisa Quinteros, president of the constitutional assembly.

“We’ve handed in this draft of a constitution that was drafted completely democratically for the first time in our history.”

Speaking from the Huanchaca ruins in the northern city of Antofagasta on Monday evening, Quinteros emphasized the draft’s focus on decentralizing power and a new phase where the assembly will work form different regions around the country.

“Our presence is an opportunity to meet with people usually distanced from places where decisions are made,” Quinteros said, adding that it was also an chance for the assembly to present and explain the new constitution around the country.

In late 2020, citizens overwhelmingly voted to draft the new constitution after violent protests against inequality erupted across the country.

The proposed document, which citizens will vote to approve or reject on Sept 4., expands social rights and is a sharp turn from the current market-friendly charter that dates back to the Augusto Pinochet-era dictatorship.

“With these norms and articles we’ll start building a more just Chile with rights to education, housing, work and social security,” Quinteros said.

“This text depicts a new way of relating to each other, a new way of understanding life in our country, where everyone can feel protected.”

Additionally, the text reforms Chile’s political system, including allowing immediate presidential re-election and replaces the senate with a new “chamber of regions”.

Public support for the new document has fallen sharply over the past weeks, with voters intending to reject the new constitution surpassing those planning to approve it for the first time in early April.

But pollster Cadem on Sunday registered its first bump in “yes” voters since late March, with a 3 point jump to 38% since early May while “no” voters dropped 2 points to 46%.

Chile’s dictatorship-era water code is getting a makeover