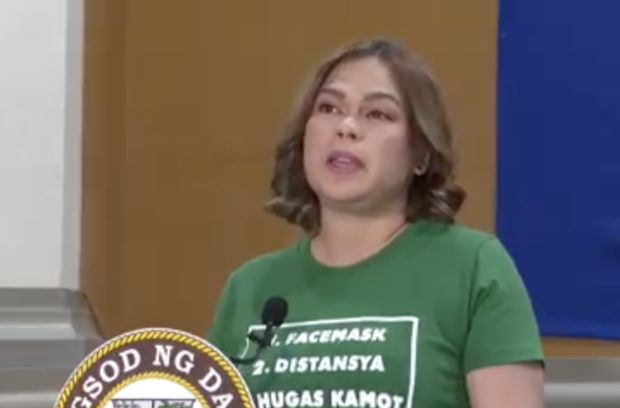 Duterte-Carpio, who is the outgoing mayor of Davao City, said that she will hold her inauguration earlier than the traditional June 30 schedule so that she could attend the oath taking of her running mate, presumptive president Ferdinand “Bongbong” Marcos Jr.

“While waiting for the proclamation, I already pencilled in June 19 as the inauguration date in Davao City. The Dabawenyos’ patience made me the public servant that I am today, it is only fitting to honor them the opportunity to witness the oathtaking,” Duterte-Carpio said in a statement shared by her spokesperson, Liloan town mayor Christina Frasco.

“It will be conducted earlier than the traditional June 30 event because I also want to attend the oathtaking of President Marcos,” she added.

Based on the partial and unofficial count of the Commission on Elections, Duterte-Carpio leads the vice presidential race with over 31.5 million votes.

In distant second is Senator Francis Pangilinan with over 9.2 million votes followed by Senate President Vicente Sotto III who got more than 8.1 million votes.

The Congress will sit as the National Board of Canvassers (NBOC) when it resumes session on May 23. As the NBOC, Congress is tasked to proclaim the next president and Vice President of the country.

Sara Duterte: It’s time to put divisiveness behind us