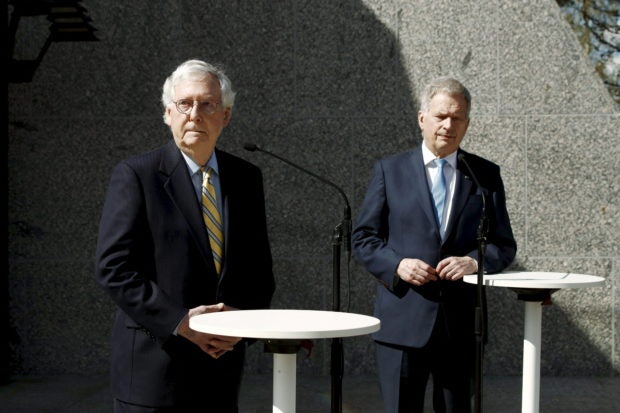 Finland’s President Sauli Niinisto and U.S. Senate Minority Leader Mitch McConnell answer questions from the media after a meeting at the President’s official residence Mantyniemi, in Helsinki, Finland, May 16, 2022. Lehtikuva/Roni Rekomaa via REUTERS

“Certainly we hope to achieve it before the August recess when Congress typically goes out of session,” he told reporters on Monday.

President Niinisto confirmed on Sunday that Finland would apply for NATO membership, in a historic policy shift prompted by Russia’s invasion of Ukraine.

McConnell said there was broad bipartisan support among U.S. lawmakers for the Finnish membership.