#NeverAgain bundle still on sale; book on Leni too 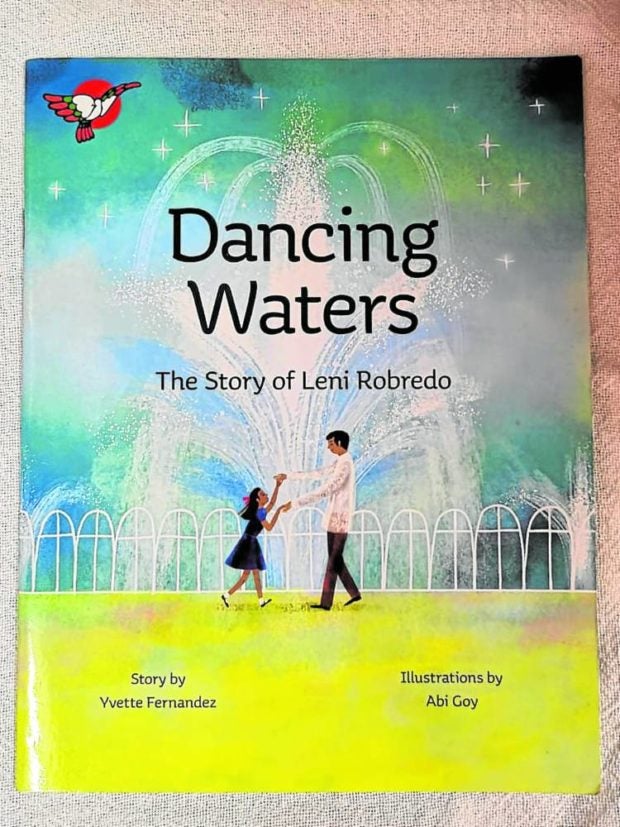 FOR A CAUSE Adarna House will donate half of the proceeds from the book sales to the Office of the Vice President’s community learning hubs. —STEPH ASUNCION

First released in 2021, the book, titled “The Dancing Waters: The Story of Leni Robredo,” tells how the Vice President “grew up to be the person she is: from a child watching the dancing waters in Naga to the second highest position in the nation,” according to Adarna House website.

It said that half of the sales from the book written by Yvette Fernandez and illustrated by Abi Goy would go to the Office of the Vice President’s community learning hubs, which Robredo launched during the pandemic to support students, parents and teachers amid the shift to distance learning.

The Vice President ran for the presidency in the May 9 elections on the strength of a “people’s campaign” mounted by her passionate supporters who call themselves “kakampinks.” However, unofficial and partial poll results show her trailing distantly behind Ferdinand Marcos Jr., whom she beat in 2016 for the second highest post in the land.

When it was clear that the son and namesake of the dictator was going to win the presidency, Adarna House announced on its Facebook page on May 11 that it was offering the #NeverAgain book bundle at a discounted price.

“What is dangerous here is you’re presenting an issue of martial law in children’s books. When you teach that to kids, you are planting seeds of hatred and dissent in the minds of these children,” he said.

This is also not the first time that a Filipino bookseller has been Red-tagged. In March, the facade of Popular Bookstore and Solidaridad Book Shop were defaced with anti-communist graffiti.

While it has not commented on the issue, Adarna continued to post updates about the martial law book bundle on its official social media pages and even asked customers to expect shipping delays “due to a high volume of orders.”

Several organizations have already come to its defense. On Sunday, civil group Movement Against Disinformation said it stood by the publishing house and “firmly against historical revisionism, as the dark truths of the past must never be silenced.”

“We condemn in the strongest possible terms the Red-tagging of Adarna House and other similarly situated publishers, including bookshops, who are mere chroniclers of the truth,” it said in a statement.

The group also urged Filipinos to “not allow ourselves to be silenced nor our lives to be endangered… Let us have our freedom, let us share our truths. Protect the children,” it added.

Acclaimed English fantasy writer Neil Gaiman has also expressed his sentiment on the red-tagging of Adarna House, saying in a tweet that it was “not good.”