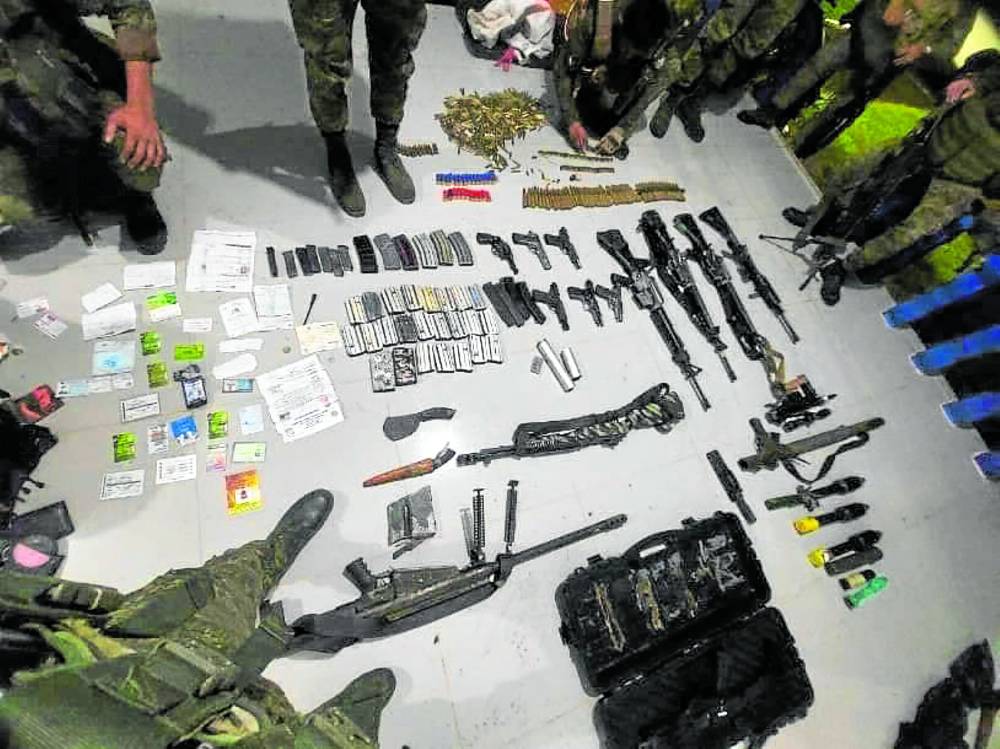 LANAO DEL NORTE SEIZURES The Army says military and police teams have seized these firearms, explosives and other items from six men who were accosted at a Comelec checkpoint on Tuesday afternoon at Barangay Tagulo, Sultan Naga Dimaporo town, in Lanao del Norte province. —Photo courtesy of the 2nd Mechanized Infantry Brigade, AFP

MANILA, Philippines — The total number of gun ban violations from January 9 up to May 15, or a week after the 2022 national and local elections, is now at 3,057 according to the Philippine National Police (PNP).

Data shared by the PNP Public Information Office (PNP-PIO) on Sunday showed that from the eve of election day, 82 more violations were recorded, as the total on early morning of May 9 was just at 2,975.

All in all, a total of 3,265 individuals were arrested during the 3,057 operations, with civilians comprising a huge chunk of those arrested at 3,134.

At least 2,527 firearms were confiscated, including 2,136 small firearms, 84 light weapons or rifles, 94 firearm parts, 145 replicas, and 68 other unknown firearms.

The PNP said that the National Capital Region (NCR) had the most number of gun ban violations and violators with  1,097 violations and 1,167 arrested.  Meanwhile, 362 gun ban violations were recorded in the Central Visayas, 340 in the Calabarzon (Cavite, Laguna, Batangas, Rizal, and Quezon) region, 227 in Central Luzon, and 195 in the Western Visayas.

Both the PNP and AFP have concluded that the 2022 election season was generally peaceful, but several violent incidents were still recorded such as the explosions near the municipal hall of Datu Unsay in Maguindanao on the eve of the polls which left eight hurt.

READ: 3 killed, one hurt in gun attack near polling precinct in Maguindanao town

Under Comelec Resolution No. 10741, the Omnibus Election Code-mandated gun ban started last January 9 or a full month before the campaign season for the national elections.  It will last until June 8, or a month after the May 9 general elections.