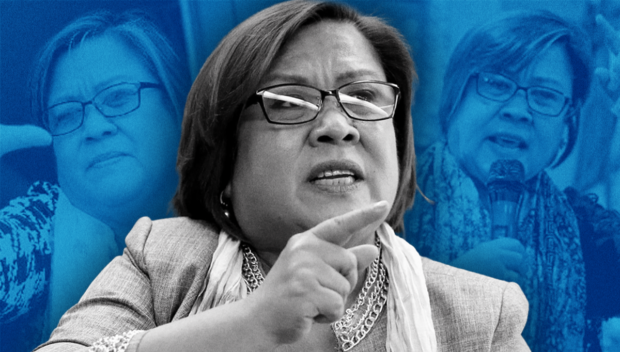 MANILA, Philippines — The camp of outgoing opposition Sen. Leila De Lima on Saturday expressed belief that the case against the detained senator has further crumbled after a third witness recanted his testimony that she was involved in the illegal drug trade.

One of De Lima’s defense counsels, lawyer Rolly Peoro said that with the retraction of Ronnie Dayan’s testimony, the court should now reverse its earlier order denying their motion to dismiss the case against the senator.

Peoro issued the statement after Dayan on Friday filed sworn statements backtracking from the testimonies he made before the 2016 House and Senate inquiries into the illegal drug trade at New Bilibid Prison, implicating his former boss De Lima.

Coerced to testify against her

In his affidavit, Dayan, accused the late former Oriental Mindoro Rep. Rey Umali of coercing him to testify against De Lima during the congressional probes

“Because when I told him that I did not know anything about the Bilibid drug trade, he told me to just build upon the testimony of Kerwin Espinosa,” Dayan said.

Dayan’s counsel, lawyer Haidee Soriano said Dayan has also denied that he knew self-confessed drug dealer Rolan “Kerwin” Espinosa, from whom he supposedly received drug money and delivered it to De Lima, who was then secretary of the Department of Justice.

Dayan’s change of tune comes on the heels of the earlier recantations by two other key witnesses who earlier testified against De Lima, including Espinosa and former Bureau of Corrections Director Rafael Ragos.

“First, he (Dayan) confirms that there was no delivery of P10 million to him or to Sen. Leila de Lima. Second, his testimony before the congressional hearing in September 2016 was all forced and due to intimidation,” Peoro said.

Dayan: Umali forced me to testify vs De Lima