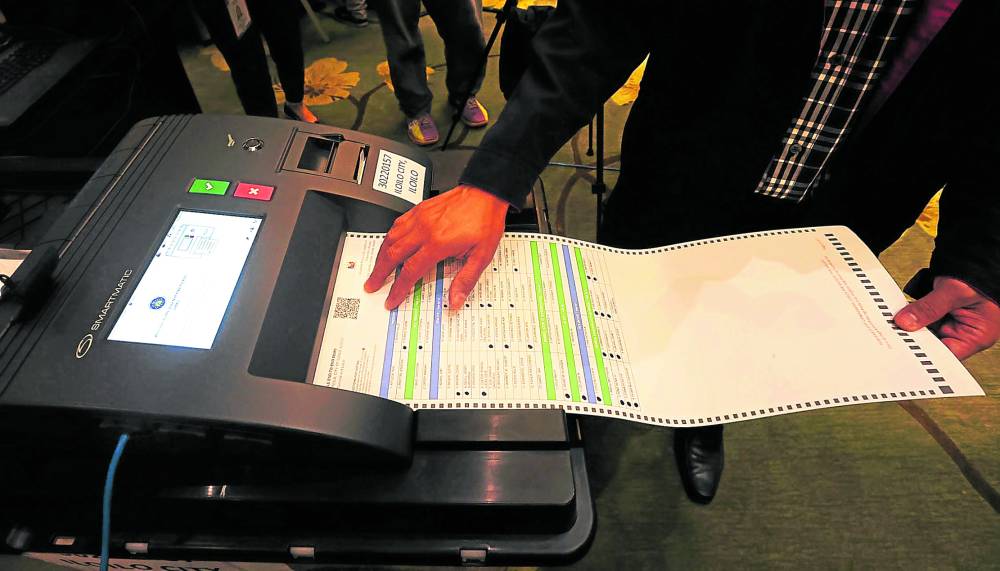 FILE PHOTO: Test voters participate in an end-to-end demonstration of the automated election system or vote-counting machines at a hotel in Manila ahead of the May elections. Philippine Daily Inquirer/MARIANNE BERMUDEZ

MANILA, Philippines — Opposition coalition group 1Sambayan is calling on the Commission on Elections (Comelec) to investigate the alleged irregularities that affected the recently-concluded 2022 national and local elections, and to make sure that similar problems will not be repeated in future elections.

According to the group, their call comes even as their reviews have revealed that the election returns obtained by their members at the precinct level match those coming from the Comelec.

“Nevertheless, 1Sambayan wishes to point out that there were numerous irregularities that marred the elections, like vote-buying, disenfranchisement of voters, breakdown of vote-counting machines, power failure, massive disinformation in social media, red-tagging, and other disorderly acts,” it added.

In the elections last Monday, a lot of problems surfaced, despite the Comelec initially declaring that no problems were encountered during the start of voting hours.

There were reports of vote counting machines (VCMs) that have malfunctioned or have overheated along with corrupted SD memory cards.  Vote buying allegations were also raised, while several areas in the country, especially in the Bangsamoro Autonomous Region, were plagued with violence.

1Sambayan also thanked standard bearers Vice President Leni Robredo and Senator Francis Pangilinan for standing up despite the odds stacked against them, and for leading a movement for good governance.

“We thanked VP Leni and Sen. Kiko for answering our call to lead us in this noble mission to pursue good governance.  We thank all our supporters who joined us in this mission,” 1Sambayan said.

“We continue to march with you in our never-ending quest to establish a government that will develop a strong economy, generate employment, provide social services, dispense justice, and develop our natural resources for the benefit of all Filipinos,” it added.

As of Thursday night, partial andunofficial results from Comelec’s transparency showed Robredo losing big to former senator Bongbong Marcos, who got 31.09 million votes.  The Vice President only has 14.81 million votes.

Robredo has yet to concede from the presidential race, but there were indications that she will accept the results of the polls.  In a Facebook live early Tuesday morning — hours after the elections and after initial and unofficial results were transmitted — Robredo said that they will listen to the people’s voice which is becoming clearer.

READ: We should listen to the voice of voters, says Leni Robredo