Over 20,000 attempts to hack elections, but Esperon says gov’t warded it off 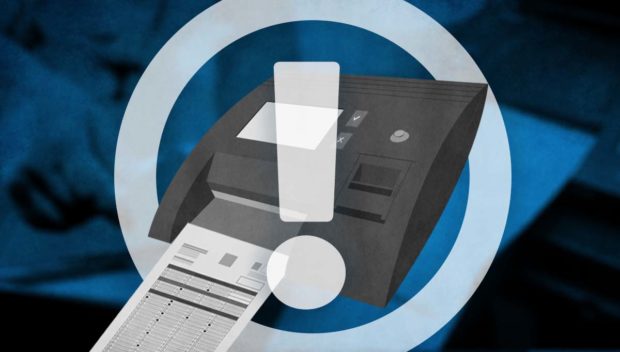 MANILA, Philippines — National Security Adviser Hermogenes Esperon said on Wednesday that there were over 20,000 attempts to hack the automated election system before and during the May 9 elections, but the government was able to block all of them.

Esperon during the Kapihan sa Manila Bay forum on Wednesday said that the Department of Informations and Communications Technology (DICT) and other agencies helping the Commission on Elections (Comelec) deserve praise for holding peaceful polls.

(There were more than 20,000 attempts […] during the elections, during May 9, before that because we were pre-emptive. We recorded about 20,000 attempts. But they were not able to pull it off, so the system of automated elections was efficient, the transmissions were very fast.)

(The DICT contributed largely here, and you know there were thousands of attempts to hack the system? DICT and… I don’t want to say this only because I am co-chairman of the National Cybersecurity Interagency Committee, I do not want to sound boastful but nobody was successful in hacking the system.)

Esperon did not delve into details about the hacking attempts, but last April 26, three hackers who claimed they can breach the Comelec system and manipulate the outcome of the 2022 elections were arrested in Cavite and Laguna by both the Philippine National Police (PNP) and the Cybercrime Investigation and Coordinating Center (CICC).

CICC however said that there was no real capability from the arrested hackers to get through the automated system, even with the help of a former Smartmatic employee.  Instead, the suspects were only out to scam politicians by duping them into thinking that they can alter results.

Smartmatic is the provider of the country’s automated election system.

Esperon also questioned why some factions are finding it hard to accept the poll results when the country saw an efficient transmission of votes.

He assured though that the Parish Pastoral Council for Responsible Voting (PPCRV) — the citizen’s arm of the Comelec for this elections — is doing a manual checking to confirm the tally of Comelec’s partial and unofficial results.

(Were you surprised that the transmissions were efficient? That glitches didn’t happen? I suspect that we cannot believe how efficient the systems are now. First, we must congratulate Comelec and all the agencies that supported it, including the Armed Forces, the PNP, DICT.)

(With the results of the local elections and because the mayors, congressmen, and the governors have been proclaimed. People believe at the level of the municipality, provinces, but we do not believe the results from the national. Now if we have any doubts, we would know that from the manual listing that PPCRV is doing right now, and through the canvassing that Congress will do.

For the senatorial race, the latest partial results show actor Robin Padilla still leading with 26.42 million votes, followed by the following candidates who are in the Magic 12 as of now: