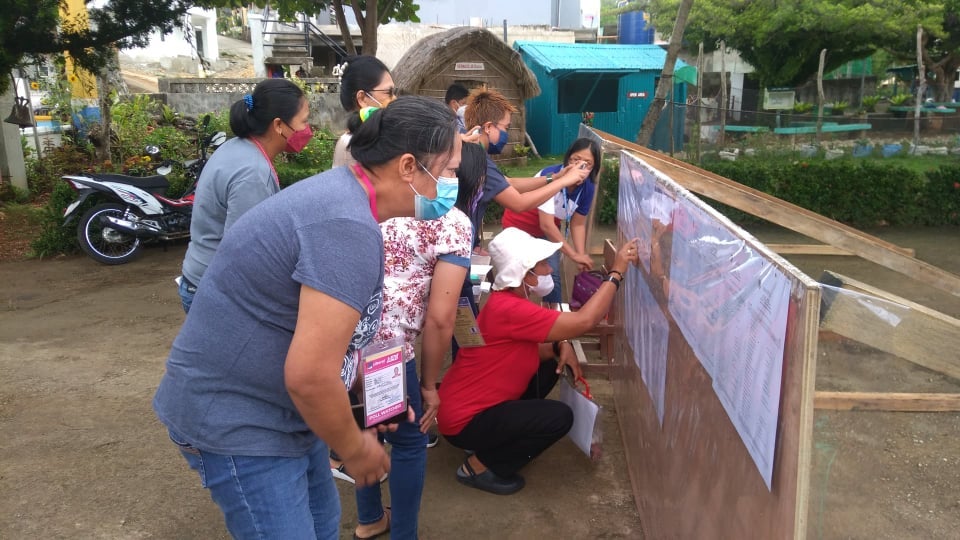 LOOK: Scenes from Itbayat Central School in Batanes province on election day. Residents check their names on the voters list. Isolation booths are also set up for those exhibiting COVID-19 symptoms. The first voter was at 001A Sta Rosa precinct. (NATHAN ALCANTARA)

MANILA, Philippines — The Bagong Alyansang Makabayan (Bayan) is urging the Commission on Elections (Comelec) to extend voting hours on Monday, election day, after reports of malfunctioning vote counting machines (VCMs), and voters being asked to leave their ballots at precincts to be inserted into VCMs by members of the election board.

According to Bayan Secretary General Renato Reyes, they have already received numerous reports about VCMs breaking down and voters being asked to sign waivers and are leaving their ballots at the precincts.

“We have received numerous reports of  Vote Counting Machines breaking down, of voters being made to sign waivers so that election officers can feed the ballots to the machines later, and long lines due to health protocols,” Reyes said in a statement.

“It appears that there may be a need to EXTEND voting in these areas. It takes 2 hours to vote in areas where there are no machine failures. It is worse when the machines malfunction,” he added.

Reyes also asked voters to report cases of possible electoral fraud and disenfranchisement to protect the sanctity of their votes.

“We call on all voters to remain vigilant and report cases of fraud, machine failures, disenfranchisement and other issues at the precinct. Batayan natin ang boto. Ilaban natin ang karapatang bumoto,” he added.

Former senator Bam Aquino earlier urged Filipinos to try to stay in their polling precincts until they get their voting receipts.

They are taking this as a signal that a lot of areas have opened their voting precincts, as they are focusing on reports of “problems and issues that prevented polling areas from starting”.

READ: Comelec spox: Lack of reports a sign that most voting precincts are now open