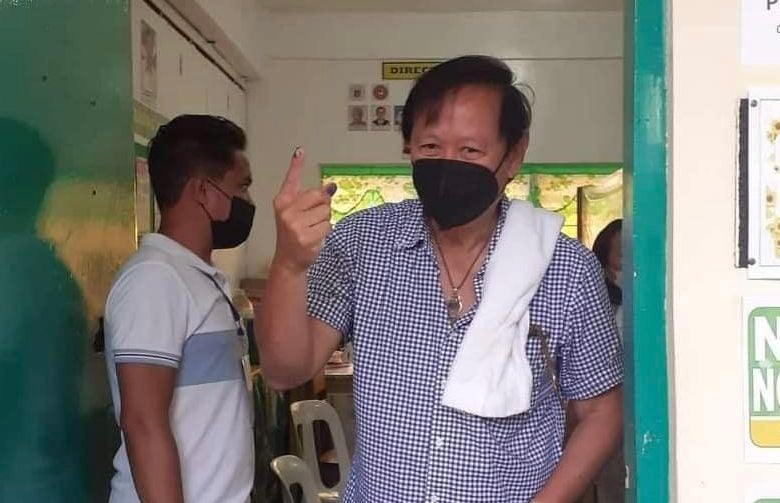 An emotional Reyes said he would wait for the Commission on Elections (Comelec) to decide on the disqualification case filed against him, anchored on the perpetual disqualification from holding office due to graft case conviction in 2017 by the Sandiganbayan.

Reyes, the principal suspect in the 2011 murder of environmentalist and hard-hitting broadcaster Gerry Ortega, emerged in public for the first time in years last April to campaign for his bid to return to the seat of power in the provincial government.Reyes resurfaced after obtaining a temporary restraining order on March 23 from the Supreme Court against the warrant of arrest issued by a Palawan court in July 2021 in connection with the slaying of Ortega.

Meanwhile, Palawan Governor Jose Alvarez, who is gunning for the second district congressional seat, voted in the southern Palawan town of Rizal.

According to Comelec Palawan, all polling precincts in 23 mainland and island municipalities of the province had opened the polls, despite isolated concerns on logistics.

In island towns of Cagayancillo, Agutaya, and Linapacan, election paraphernalia encountered logistical delay due to rough seas which posed problems on the boats used to carry the election materials.

However, the poll body said all of the issues had been addressed and all polling centers were able to start the election at 6 a.m.

The Palawan Electric Cooperative promised a stable electric supply throughout the province, after concerns were raised due to the persisting electric issues in Palawan.