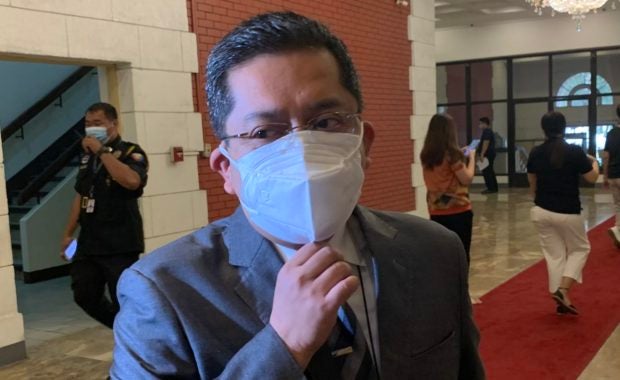 MANILA, Philippines — A poll body official reminded candidates to disclose their campaign expenses with the Commission on Elections (Comelec) amid pending petitions seeking the perpetual disqualification of some 500 bets for failure to file the said documents for two straight elections.

(They’ve already failed to file their SOCE twice, in 2019 and in 2016, our rule there and the Supreme Court has a decision on that, that if you fail to file for two consecutive elections, perpetual disqualification is the penalty.)

Garcia warned candidates for the 2022 elections that they may also face perpetual disqualification should they fail to file their SOCE for two consecutive polls.

This penalty will be enforced even if the candidate in question wins, according to the Comelec official.

(Those running now, those who have yet to file their SOCE twice, you can be disqualified and  this is perpetual disqualification to hold public office.)

(Even if they will, they will be removed because this is the penalty, this is under the law.)

In a media forum on Thursday, Garcia assured that the Comelec was serious about going after candidates who fail to submit their SOCE.

Citing the Supreme Court, Garcia noted that the Comelec has the “right” to “perpetually disqualify them” if they commit the said violation.

(They are filing continuously, the Comelec campaign finance office, if I’m not mistaken, petitions against more or less 500 individuals have been filed for their perpetual disqualification.)

“It will have to undergo the process of requiring them to file an answer and conducting the necessary hearing and afterward the Comelec will resolve whether to disqualify these candidates,” he also said.

Garcia told candidates that filing their SOCE indicates if they “really deserve the position” they are vying for.

“If you want to become accountable and transparent and at the same time to prove to the electorate that you really deserve the position you are vying for, then follow whatever the Comelec says as far as filing anything or any document is concerned, more particularly, a SOCE,” he added.