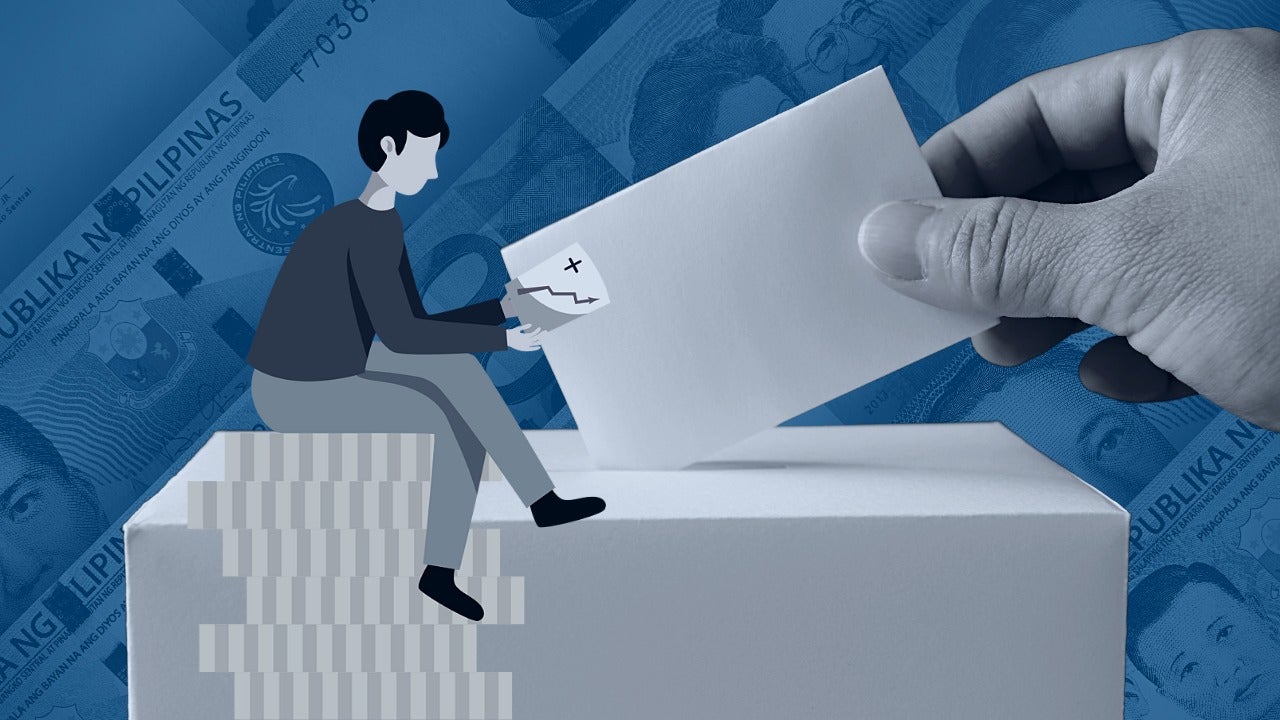 MANILA, Philippines—In 2017, President Rodrigo Duterte revealed that he kept P3.5 million worth of excess campaign funds donated to him when he ran in the 2016 presidential elections.

“That’s surplus money that does not have a purpose anymore,” Duterte said then in an interview in Hong Kong.

“I don’t know who gave it to me. This is just a small amount. I declared that as income. Income because it was already there in my hands,” Duterte said.

Duterte said since he kept the excess funds, he had declared it as income and paid taxes for it.

Prior to Duterte’s admission, the Office of the Ombudsman made public his statement of assets, liabilities and net worth (SALN) which showed that his net worth grew from P24,080,094.04 in June 2016 to P27,428,862.44 in December 2016 or a jump by around P3 million, which matched the amount that Duterte said was excess campaign funds which he decided to keep and declare as income. 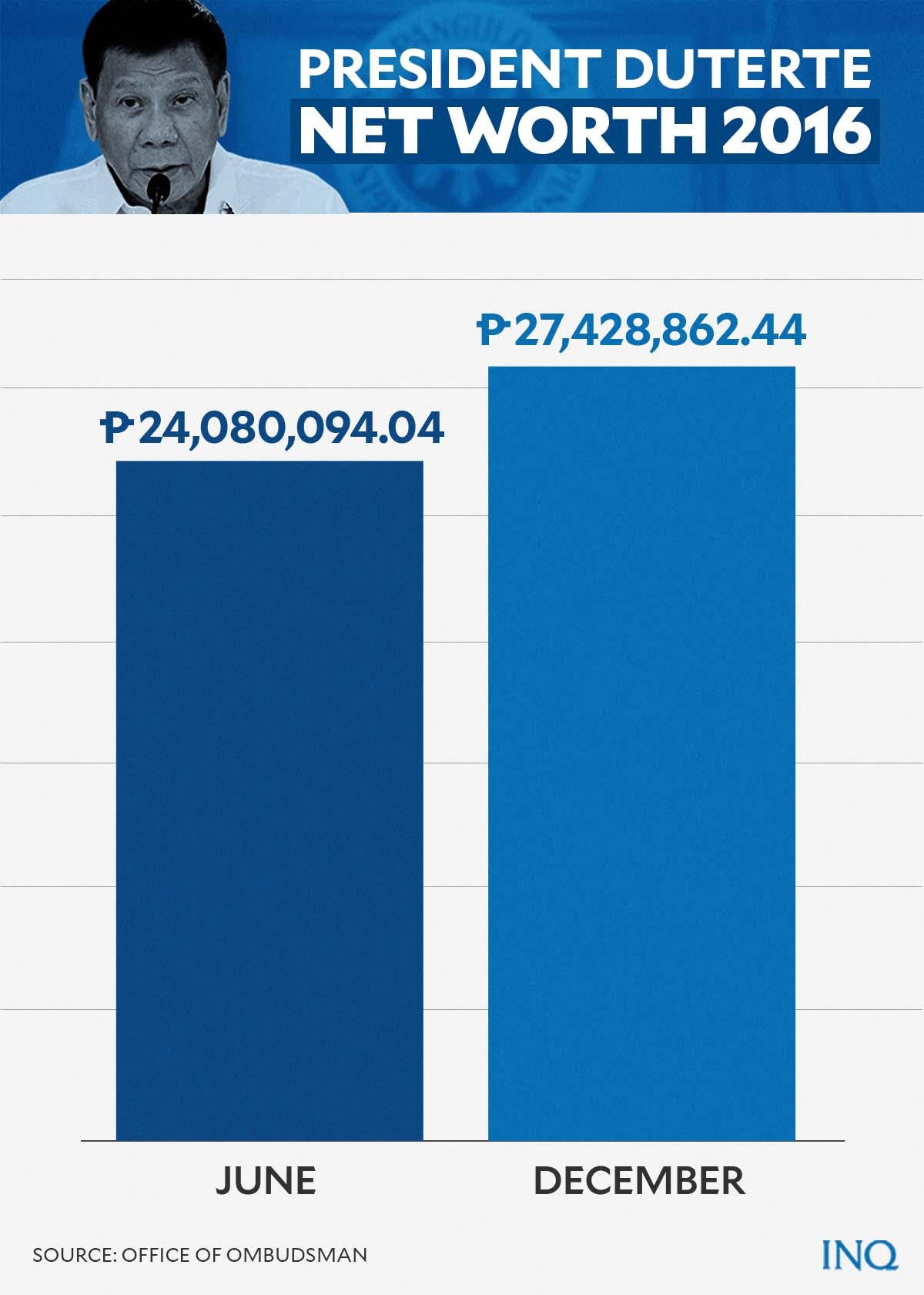 Following Duterte’s statement, Commission on Elections (Comelec) spokesperson James Jimenez said at the time that the poll body did not find any irregularity with Duterte keeping his excess campaign funds.

“Without evidence or allegation to the contrary, we presume regularity,” said Jimenez. 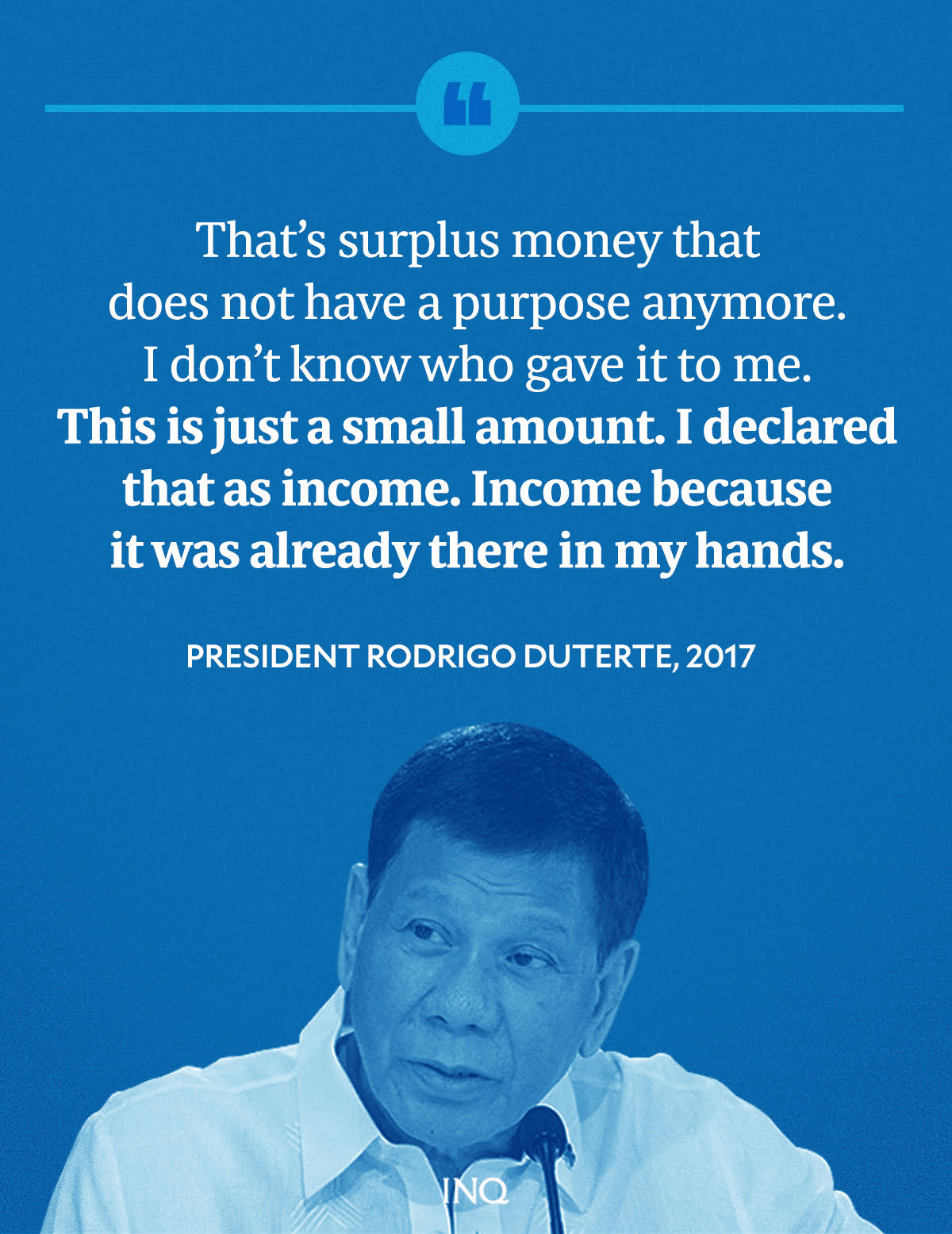 Fast forward to 2022, the last year in Duterte’s term, and the issue crops up again this time involving Manila Mayor Isko Moreno, who is running for president.

Moreno recently confirmed that he kept at least P50 million in unused campaign donations made to his 2016 senatorial bid, which was unsuccessful.

But Moreno stressed that he did not violate any law when he decided to keep the excess funds, declare it as income and pay taxes for it.

“I have to pay taxes for [my] excess campaign funds because those are pooled money from different people,” Moreno said at his interview with GMA TV host Jessica Soho.

“You have to declare [that it is yours] and you have to pay taxes—which is what I did,” said Moreno, whose programs and achievements in Manila drew praises from political and business leaders.

But that brief portion of the interview caught the attention of many netizens, many of whom kept asking if what Moreno did to his excess campaign funds was not unusual, or even illegal.

Section 14 of Republic Act No. 7166, the law that governed the 2016 elections, required every candidate to submit and file itemized statements of all contributions and expenditures (SOCE) within 30 days after the election.

Data showed that Moreno had a total of P171 million raised for his campaign as a senatorial candidate.

The campaign finance report Moreno submitted to the Commission on Elections (Comelec) also stated that he had P50,802,329.10 left in his campaign chest—despite being unsuccessful in his senatorial quest.

In 2021, prior to the filing of certificates of candidacies (COCs), the PCIJ released a report based on data from Nielsen’s monitoring of ad spending by potential candidates starting January 2021.

Moreno, according to the PCIJ report, “was one of many other aspirants who placed few to no ads at all on their official Facebook pages but whose ‘support’ pages churned out hundreds of paid posts.”

So, did Moreno violate any law by keeping his excess campaign funds?

“That is what the BIR (Bureau of Internal Revenue) says,” Moreno clarified, adding that “when you have excess donations with limited spending, you have to pay your taxes.”

He was referring to BIR Revenue Memorandum Circular No. 31-2019—which detailed the tax compliance requirements for candidates, political parties or party-list groups, and campaign contributors.

The memorandum stated that unused, or excess, campaign funds, including the net of the candidate’s or political party’s or party list’s campaign expenditures, “shall be considered as subject to income tax and as such, must be included in their/his taxable income as stated in their/his Income Tax Return (ITR).”

“No further deduction, either itemized or optional, shall be made against the said taxable income,” BIR said.

Under Rule 5, Section 5 of Comelec Resolution No. 9991—or the Omnibus Rules and Regulations Governing Campaign Finance and Disclosure—it was also provided that “any unexpended balance from any contribution to candidate or party, also known as excess contributions, shall be subject to income tax”.

RELATED STORY: The role of money and COVID in the 2022 poll campaigns