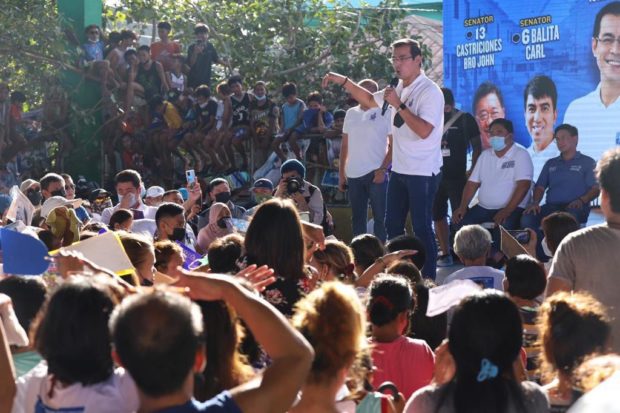 MANILA, Philippines — Aksyon Demokratiko standard bearer Isko Moreno Domagoso on Wednesday said holding Team Isko’s miting de avance in Moriones, Tondo this Saturday is his way of showing gratitude to neighbors, friends and residents in the area where he started his journey as a public servant.

The 47-year-old presidential candidate was reacting to a question by members of media why he chose Tondo to end his 90-day presidential campaign and what was the possible symbolism behind it.

Tondo is known for being one of the poorest and most underdeveloped areas of the country. Many of the city’s slums are found in this area and it is also the location of the notorious but now closed landfill, the infamous Smokey Mountain.

The charismatic local chief executive also said that his confidence of winning the presidential elections is still high due to his belief that there is a God, who comes first in all his undertakings. 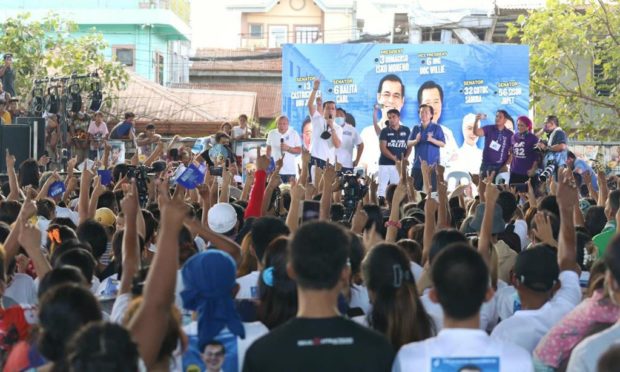 At the same time, Moreno said it is not too late for the public to put an end to the infighting between the Marcoses and Aquinos by voting for another candidate who will give them peace of mind by addressing the real problems confronting Filipinos – unemployment, high cost of electricity and fuel, rising prices of basic commodities, inequality and injustice, among others.

Moreno said such promise will also be done for the people of Cebu if they and the rest of the country elect him as the next president of the country.

Moreno said with elections just five days away, Team Isko continue to rally their people on the ground and assure them that he and the rest of Aksyon Demokratiko candidates which include his running mate Dr. Willie Ong, senatorial bets Carl Balita, Samira Gutoc and Jopet Sison, and guest senatorial candidate John Castriciones of PDP-Laban, will continue fighting till the end to convince more people to vote for them. 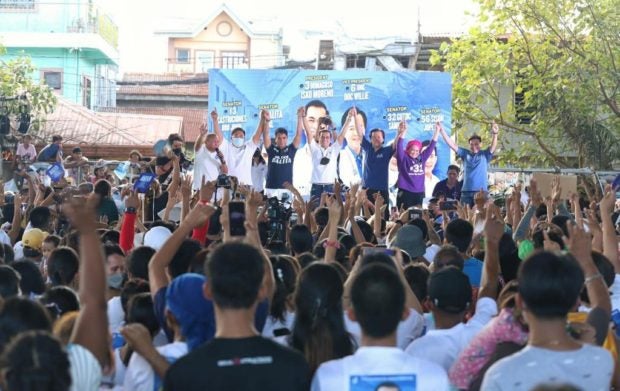 The Aksyon. Demokratiko presidential bet also took the opportunity to thank the people of Mambaling for the warm reception they extended to him and the rest of his slate despite the short notice given to them about their visit to the area.

Moreno’s life has been an open book as he and his late Nanay Chayong lived as informal settler in the slums of Tondo, Manila.

Working as a “basurero,” the young Isko knew what it was to be dirt poor. But his being poor did not become a hindrance to his going to school and finishing high school.

After he became councilor in 1998, Moreno took the advice of his mentor and second father Vice Mayor Danny Lacuna and to finish college which he did six years later.

When he became mayor in 2019, Moreno’s major projects focused on mass housing for the poor of Manila, building modern and fully-equipped hospitals that are affordable and building public schools for the benefit of school children.

These, the Manila mayor accomplished amid the Covid-19 pandemic in which saw Mayor Isko giving boxes of ayuda to Manila residents, free Covid19 swab tests and continuous mass vaccination to both residents and non-residents of the city.