Despite rivals touting large turnouts for their grand rallies, Aksyon Demokratiko standard bearer Isko Moreno Domagoso said he was not panicking as he pointed to the “lean and mean” rallies that he conducted the past weeks where tens of thousands of “real supporters” gathered.

Be it a few thousands or tens of thousands, Moreno takes pride that the turnout in his rallies comprised the “silent majority,” which he believes will ultimately be the game-changer in his quest for the presidency.

“Don’t panic, it’s organic!” Moreno would always say when asked of the crowd turnout in his rallies, referring to the natural warmth and sincere support the people exude wherever he went.

The Manila city mayor’s confidence is further bolstered by the tens of thousands of supporters who warmly welcome him with open arms as they jostle for position during motorcades and town hall meetings, trying to shake or just touch the hands of the former basurero who became councilor, vice mayor, mayor, and now a presidential candidate.

Moreno said his preferred mode of “retail” style of campaigning in town halls and out-of-the-way places may be tedious, but it fosters intimacy and unity more than the large, staged rallies like what other candidates are doing.

Moreno’s views were echoed by Team Isko chief campaign strategist Lito Banayo who pointed out that the ground reception for Moreno is far different from what poll surveys say, and quite different from what his rivals might imply through their “very large rallies.”

“I think many of you have covered our field sorties. And you’ve seen the warmth. These are organic. We do not bring people to our rallies. In fact, we do not have big rallies, for that matter because we don’t consider that to be cost-effective. I mean, it costs a lot of money but the correlation between voting and presence in campaign rallies where you have big-time entertainers does not correlate on a one-on-one basis,” Banayo told reporters in Angono, Rizal.

On Thursday, for instance, residents of Angono went to the streets once news about Moreno and his Aksyon Demokratiko candidates led by running mate Dr. Willie Ong were at the Angono municipal hall and before holding a motorcade going to Teresa town. 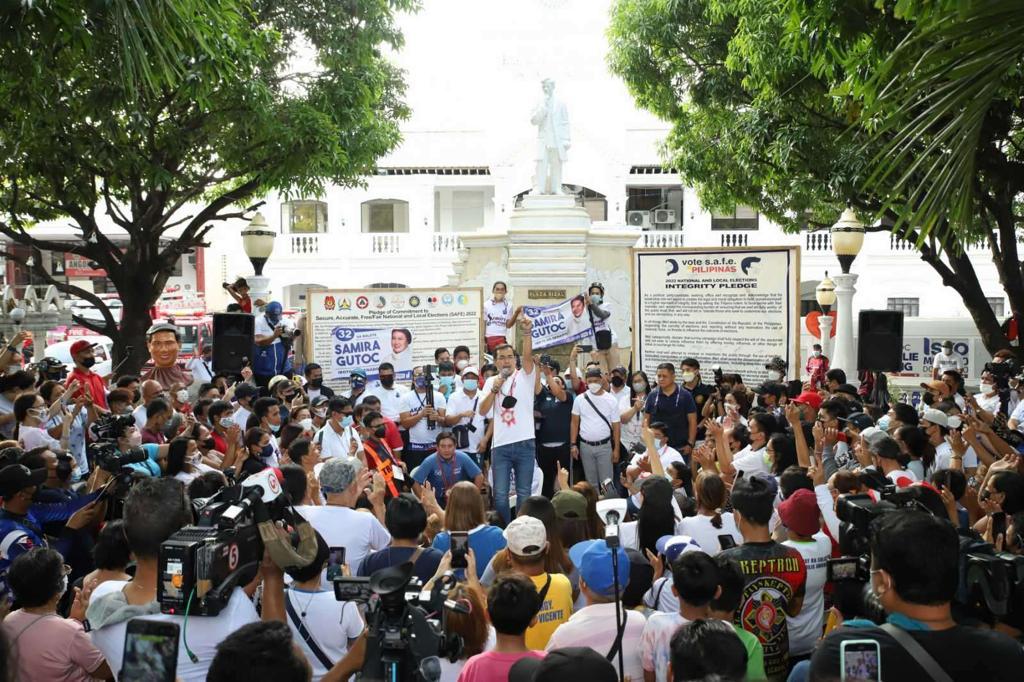 “These were spontaneous crowd who were excited to see the charismatic and very accommodating Mayor Isko. It’s all organic, no hakot crowd,” Banayo said. 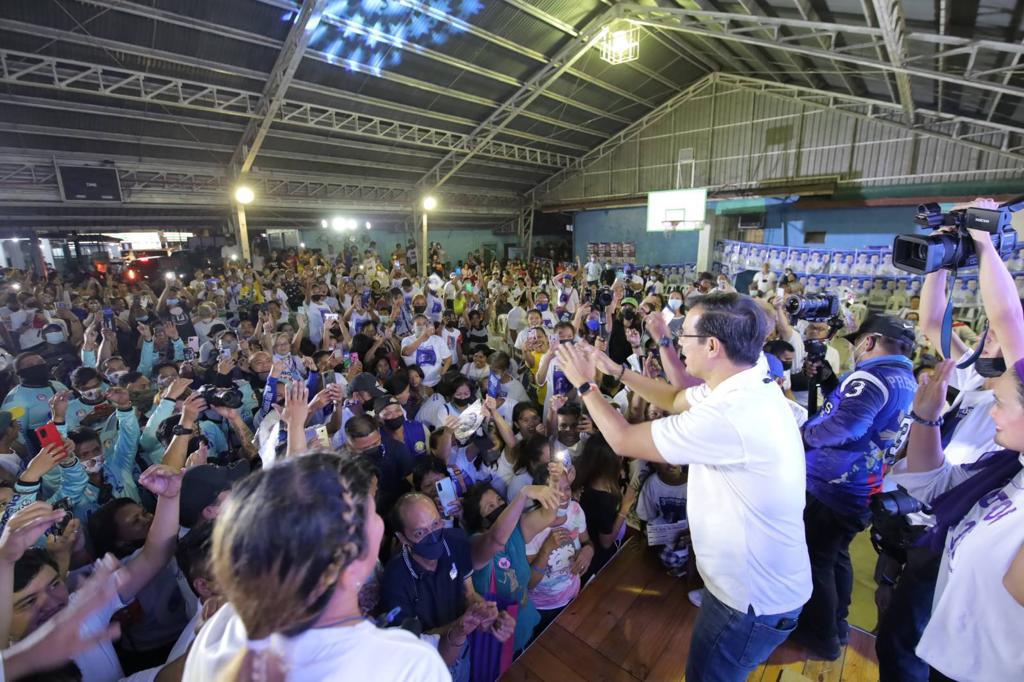 In Tagbilaran City, tens of thousands of Boholanos came out in force Wednesday evening to show their support for Moreno in a grand concert-rally at the Old Tagbilaran City Airport. 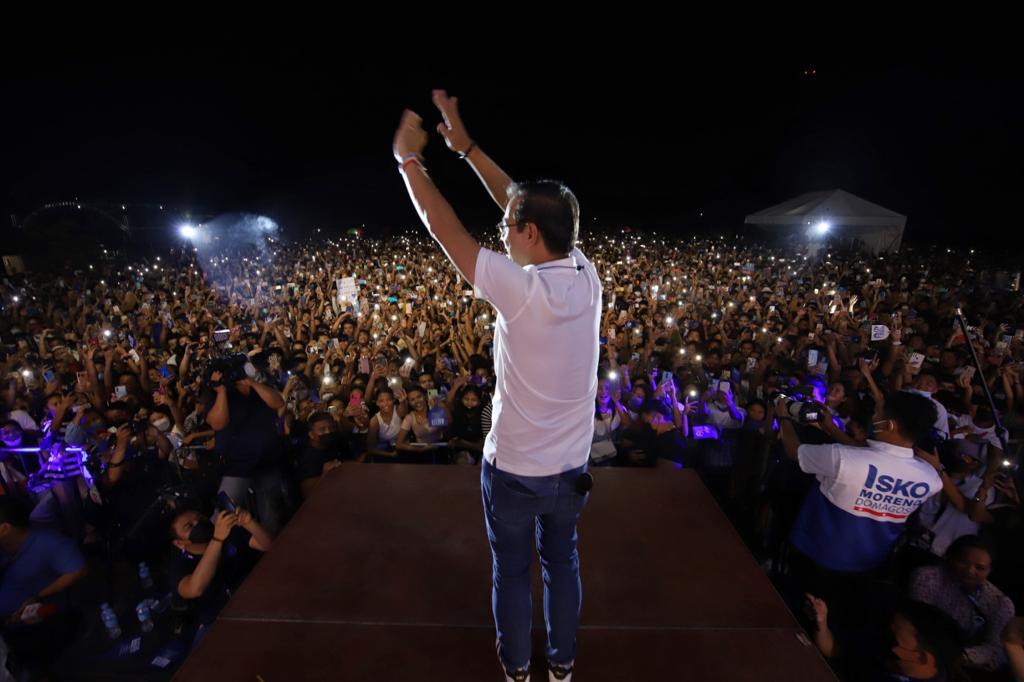 The crowd, which was estimated to reach more than 40,000 at its peak and composed mostly of youth supporters and ordinary people, packed the venue despite the absence of famous local artists and personalities just to hear the young and charismatic Moreno.

The 47-year-old presidential aspirant acknowledged the resilience of Boholanons who, like him, triumphed through all the hardships that fate had thrown their way. 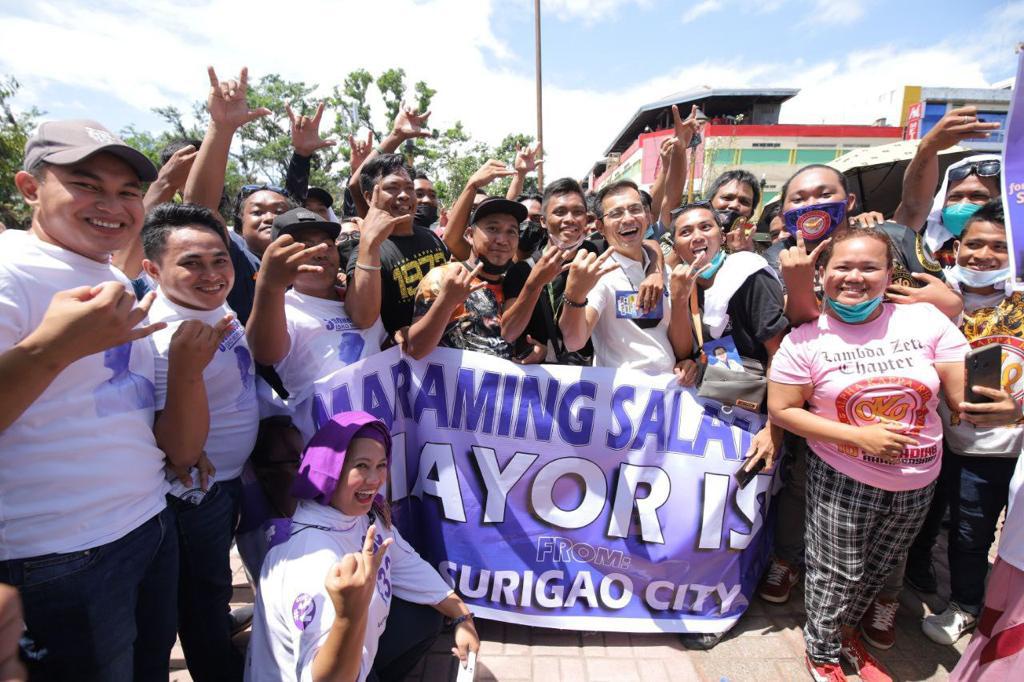 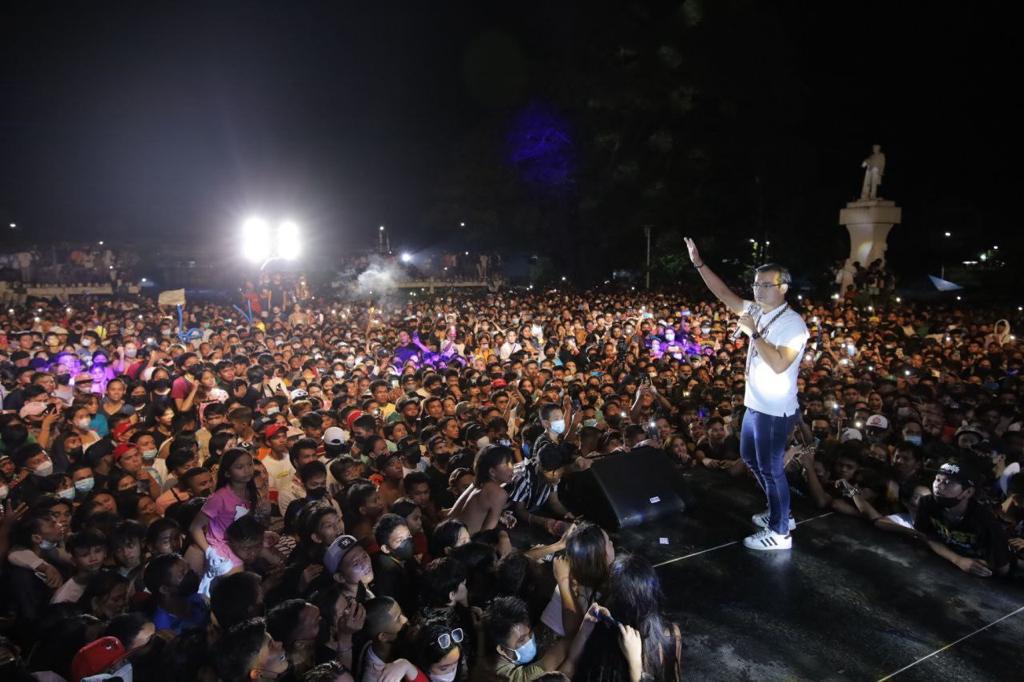 The absence of famous local artists and the threat of a downpour did not dampen the spirits of the ordinary folks as they patiently waited for the arrival of their real star Mayor Isko, whom they embraced as one of their own.

Moreno’s “ground support” was in full view in recent rallies in Cebu and in Manila before the Holy Week break.

Last April 8, the forces of nature did not contain the outpouring of support for Moreno as 20,000 Cebuanos braved the rains spawned by Tropical Depression Agaton to show their full love and support for the mayor in a grand rally in Toledo City.

The scene was reminiscent of Moreno’s grand rally in Northern Mindanao last March 28 when thousands of Cagayan de Oro City residents ignored a heavy downpour and the personal pleas from Moreno to cut the program short just to show their overwhelming support for their presidential candidate.

Despite the stormy weather, 35,000 people packed the outdoor area of Hoops Dome in Lapu-Lapu City to see and hear their chosen candidate last April 7.

Both Cebu concert-rallies was organized by the group of House Deputy Speaker and One Cebu secretary-general Pablo John “PJ” Garcia, who has directly endorsed Moreno as his presidential candidate.

And last April 9, a mammoth crowd of 80,000 attended the “Isigaw Mo, Isko!” concert-rally along T.M. Kalaw Street near the Rizal Park in Manila as Moreno continued to go directly to the people. 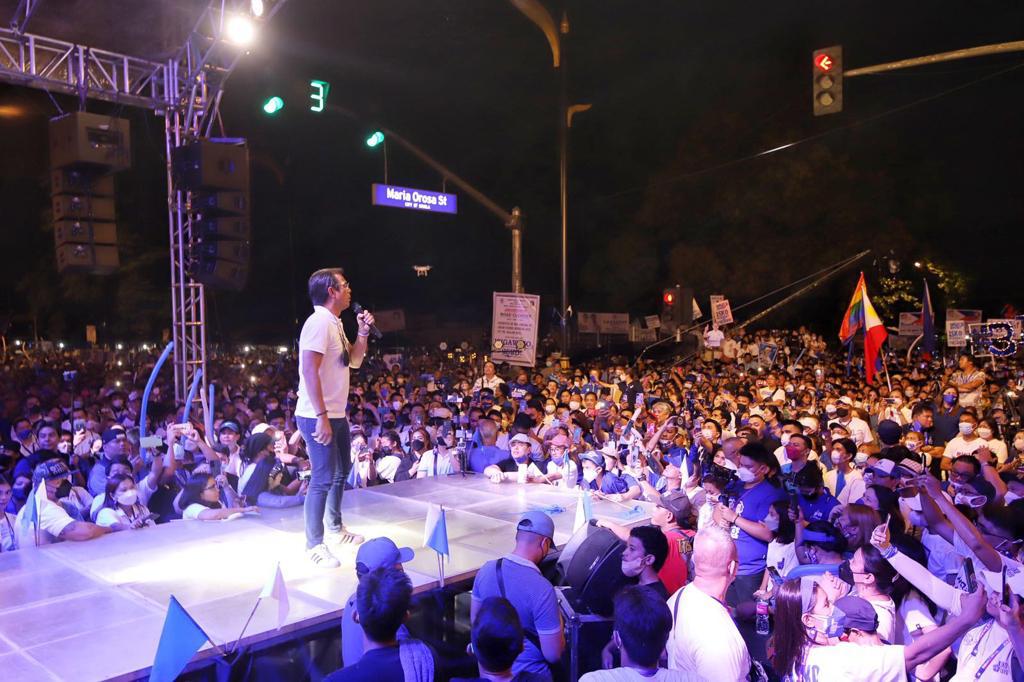