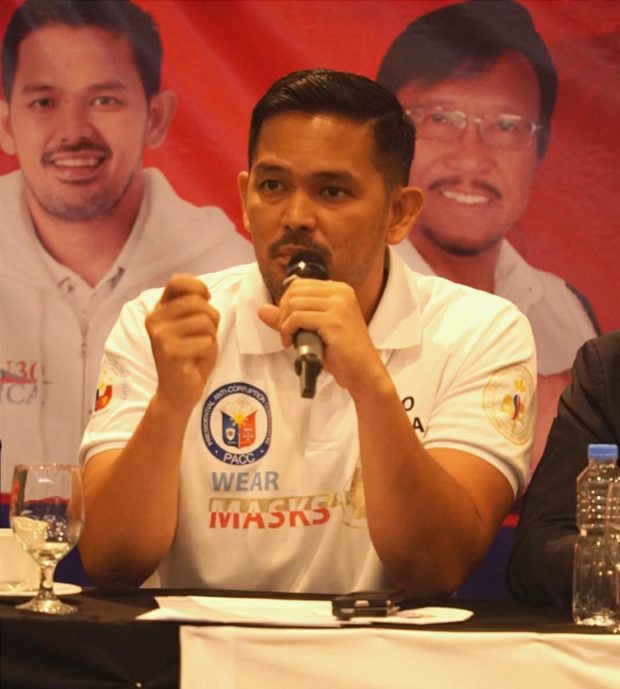 MANILA, Philippines — Senatorial hopeful and former PACC Chairman Greco Belgica again promised to pursue President Rodrigo Duterte’s unrelenting war on drugs should he get himself a Senate seat in May 2022 elections.

Also included in Belgica’s plans is the reimposition of the death penalty for heinous crimes, including corruption.

Belgica, who was the lead petitioner to the Supreme Court against pork barrel, also said he plans to reallocate pork barrel funds into the country’s justice system for added teeth against crime.

This will ensure that drug lords, terrorists, corrupt government workers, and other criminals will be held accountable to the law, he said.

“That is why I will strengthen the justice system, add more judges, prosecutors, and investigators so that siguradong mapaparusahan ang mga kriminal at korap.”

Belgica also promised to support the Philippine National Police (PNP), Philippine Drug Enforcement Agency (PDEA), and the Armed Forces of the Philippines (AFP), by increasing their salaries and resources. This way, they will be better equipped and motivated in crime-fighting.

As PACC chairman, Belgica oversaw the dismissal of around 800 erring government workers and the imprisonment of 24 government officials.

Around 154 cases were filed against high-ranking corrupt government workers before the Office of the Ombudsman and the Department of Justice (DOJ) by the PACC. The agency also acted upon around 13,000 cases and complaints regarding graft and corruption in the government.

Meanwhile, Belgica also has plans to alleviate tax costs for Filipinos by pushing the abolition of real property tax.

He said the people should not be made to pay because land naturally belongs to them and not to the government.

He is also pushing for the flat tax system for simplicity, economic efficiency, and fairness which he considers “traditional measures of effective taxation.”

“Flat Tax of not more than a tenth of income rewards people for being givers, not takers. It encourages hard work, savings, and investing – the three pillars of any economy,” he said.

“This in contrast with our current system of ‘progressive’ taxation: kumita ang negosyo mo, or tumaas ang sweldo, ang reward sayo ng gobyerno ay mas mataas na buwis. Progressive? Only if your motto is, ‘Success is a crime we must punish. Our present tax system is grossly unfair,” he said.