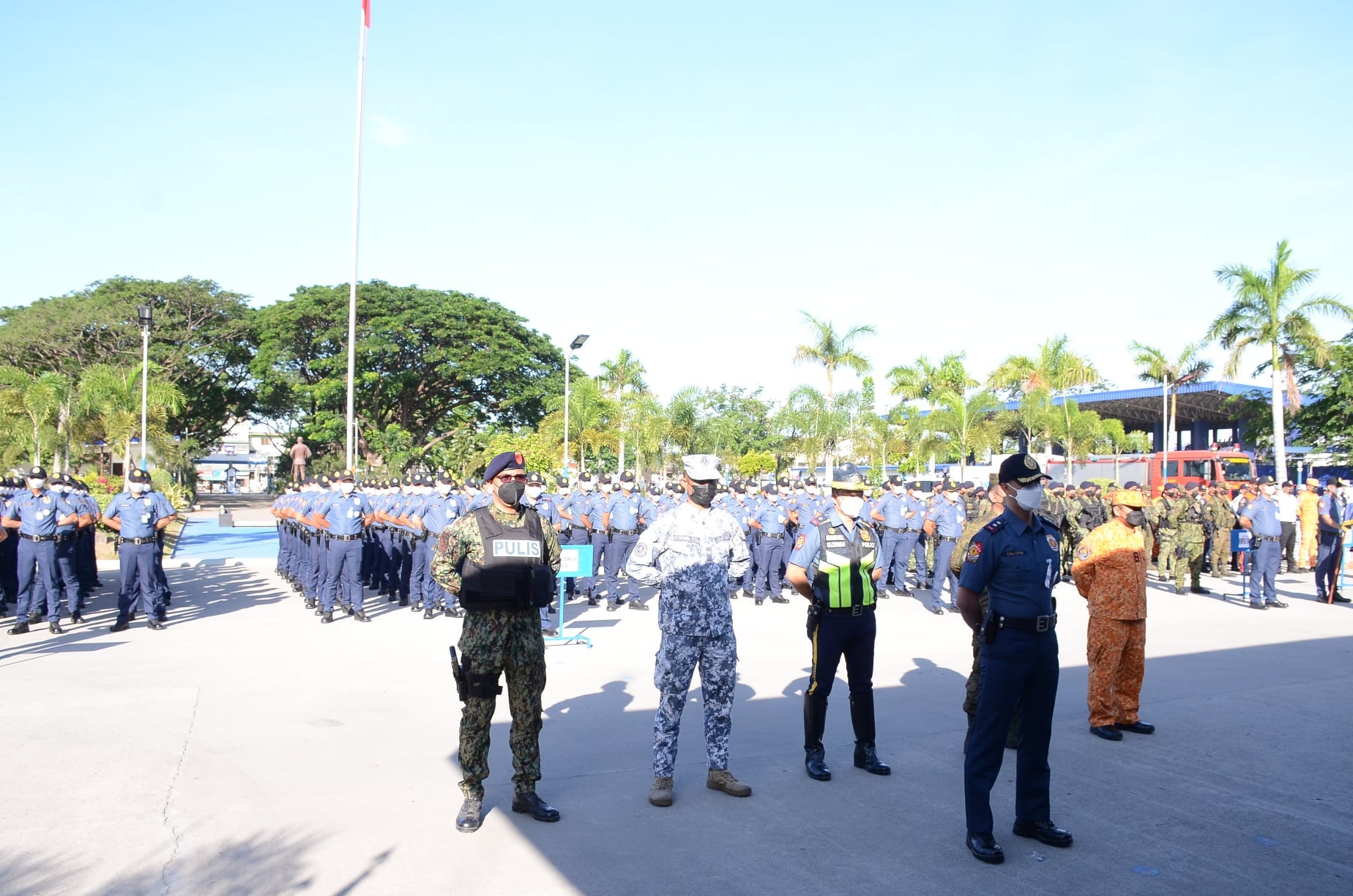 Police, military, and coast guard officers participate in the send-off ceremony on May 4 for election-related duties at Camp Julian Olivas in Pampanga. (Photo courtesy of Police Regional Office 3)

In a send-off ceremony Wednesday at Camp Julian Olivas in the City of San Fernando in this province, Police Regional Office 3 (PRO3) director Brig. Gen. Matthew Baccay said the police officers include personnel assigned to do deskwork.

This, he said, would augment the number of lawmen in election precincts in Pampanga, Bulacan, Bataan, Tarlac, Nueva Ecija, Zambales, and Aurora.

“By assigning desk work personnel to the field, the number of police officers tasked with ensuring safety and security, especially on election day, will be augmented,” he said.

Baccay said they would tap “force multipliers” that include civic communication and anti-crime groups to help secure polling places and their vicinities.

The PRO3 has a total strength of around 12,800 police officers, excluding about 2,800 members of regional support units.

The send-off ceremony and turn-over of forces and resources were also attended by members of the Armed Forces of the Philippines, the Bureau of Fire Protection, and the Coast Guard.

Baccay encouraged the public to report unscrupulous activities they may notice to the police through the social media page of PRO3 or the regional police hotline numbers: 09985985330 and 09175562597.

The send-off ceremony coincided with the blessing of the Regional Election Monitoring Action Center (REMAC) inside the regional police headquarters.

Baccay said REMAC “serves as a repository of information for all election-related activities for timely and accurate reporting.”

Read Next
Over 18,000-strong frontliners from PNP, AFP, DepEd, others report to Comelec
EDITORS' PICK
High inflation: Your P1 is now worth only 87 centavos
UK’s Boris Johnson will resign, BBC reports
Geek out at TOYCON 2022 powered by Smart Signature
House energy committee chair Arroyo bats for cheap electricity
High-risk pregnancy: Reducing your risk is in your hands
Unemployment rate up to 6% in May
MOST READ
Suspect in grisly killing of missing woman in Bulacan arrested
Bankrupt Sri Lanka asks Putin for fuel, tourists
Kim Atienza’s daughter flaunts bikini body in response to critics of her ‘revealing photos’
Bongbong Marcos’ first order: Abolish PACC, Office of Cabinet Secretary
Don't miss out on the latest news and information.