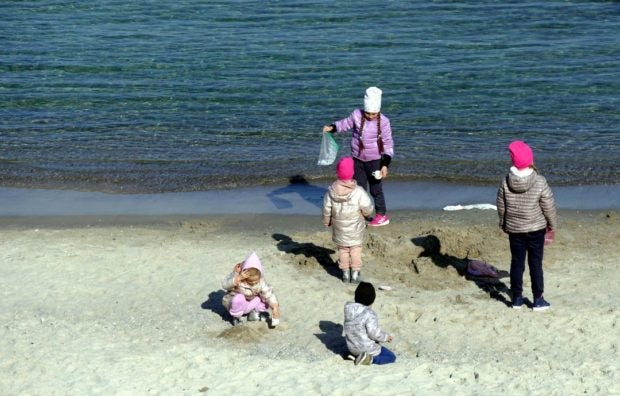 Children play on the beach amid Russia’s invasion of Ukraine, in Odesa, Ukraine March 26, 2022. REUTERS

More than 11,500 people, including 1,847 children, were transported from Ukraine into Russia on Monday without the participation of Kyiv’s authorities, Russia’s defense ministry said.

That number includes evacuations from Russian-backed breakaway regions of Ukraine, the so-called Donetsk and Luhansk People’s republics, which Russia recognized as independent just before launching its Feb. 24th invasion.

Russia says the people have been evacuated on their own request, while Ukraine has said Moscow has forcefully deported thousands of people to Russia since the war’s beginning.

Moscow calls its actions in Ukraine a “special operation” to demilitarize and “denazify” its neighbour. Ukraine and the West say Russia launched an unprovoked war of aggression.

On Monday the first civilians to evacuated from a giant steel plant in the besieged port of Mariupol arrived in the Ukrainian-held city of Zaporizhzhia, as part of a United Nations and International Committee of the Red Cross operation coordinated with Ukraine and Russia.

Since Feb. 24th, nearly 200,000 children and 1.1 million people have been evacuated from Ukraine into Russia, the defense ministry said.