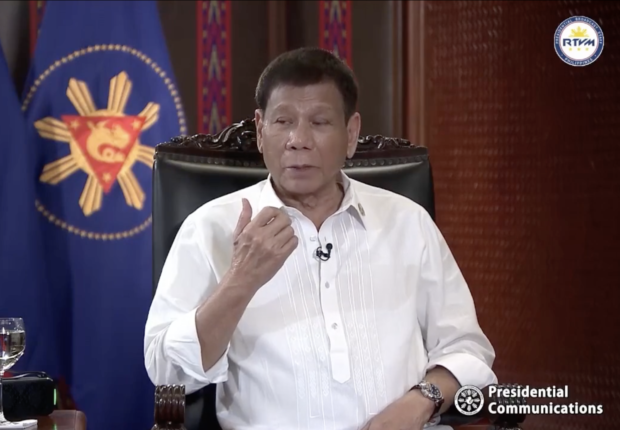 MANILA, Philippines — President Rodrigo Duterte on Tuesday assured the public of an “orderly, clean, and honest elections” on May 9.

In his taped public address, Duterte said he urges the government to be “conscious” of this goal and work at it “towards the end.”

“I urge the government to be conscious of this because everybody will be working towards the end. I would emphasize that the military and the police focus on this event because we want an honest election,” he said.

“Sinasabi ko lang as President, I guarantee that we will do everything to ensure that the election is free from violence and the people are not intimidated in any way to exercise their right to vote and choose their whoever,” he added.

Duterte earlier said his administration will enforce the law and not allow terrorism during the May 9 polls.

This is why he chose not to endorse any presidential candidate so that he could remain “neutral.”

Duterte said he will not endorse any presidential candidate “now until December” and he requested his Cabinet members also to not openly endorse any candidate.