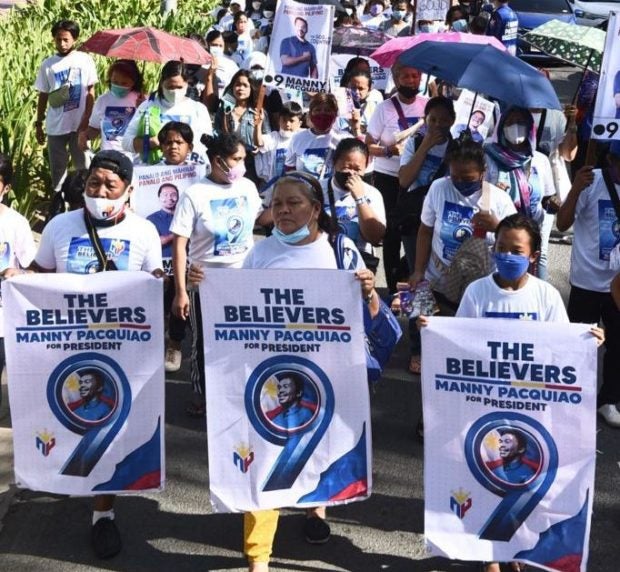 The marchers who are Pacquiao volunteers from various areas in Las Pinas, Parañaque, Pasay, Bacoor, San Jose Del Monte Bulacan, Caloocan and Quezon City also declared that only the “People’s Champ” can truly claim as the true representative of the the country’s labor sector.

The marchers said Pacquiao’s life experience as one from the depths of poverty and one who has gone through hard labor makes him the best choice for Filipino laborers. 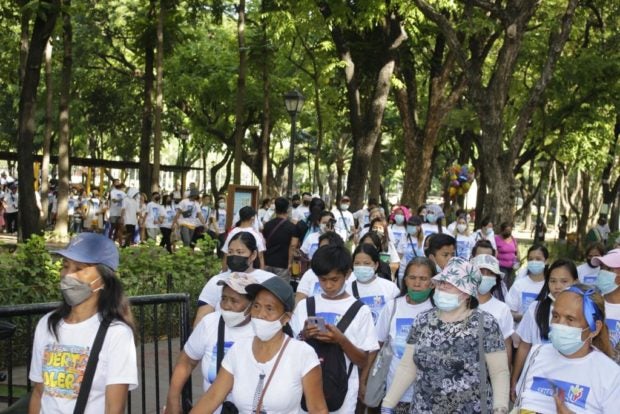 They said while other candidates only make promises to help Filipino workers by increasing their minimum take-home pay, Pacquiao is the only one who can make them happen because he has lived the life of a poor laborer.

Before becoming one of the world’s only eight-division boxing champion, Pacquiao has toiled as a panadero (baker) construction worker and an ambulant vendor.

Pacquiao has promised to review the Labor Code and Republic Act 6727 or the Wage Rationalization Act, to even up the salary rate of all workers nationwide and improve the living standards of the country’s poor. 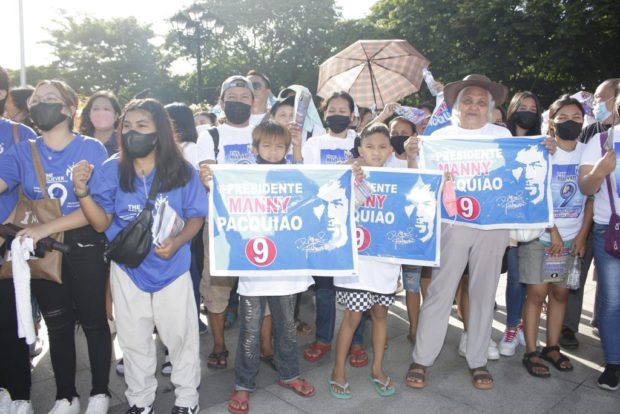 He also expressed his commitment to push for a P700-P800 per day across-the-board wage hike from the present rate of P316 to P517 per day. He said that he would also push for a P50,000 minimum monthly salary for healthcare workers to stop the migration of Filipino healthcare professionals.

Pacquiao also promised to equalize the salaries across all regions.