Gonzales: What worries him most | Inquirer News
Close
menu
search

Gonzales: What worries him most 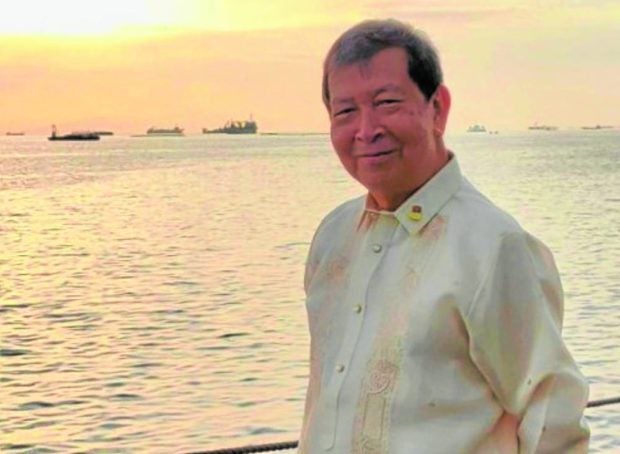 MANILA, Philippines — At 75, the presidential race could be Norberto Gonzales’ final political battle and one of his goals is to stop another Marcos from occupying Malacañang.

Gonzales served briefly as defense secretary and national security adviser to former President Gloria Macapagal-Arroyo, who now supports presidential aspirant Ferdinand Marcos Jr., the son of the ousted dictator he had fought against in the antidictatorship struggle.

He has been consistently at the bottom in preelection surveys of preferred candidates and in all likelihood won’t be the next president, and he kind of accepts that already.

But he would finish the race no matter what. He made this clear when he showed up for the controversial Easter Sunday press conference at Peninsula Manila alongside two other presidential candidates — Manila Mayor Francisco “Isko Moreno” Domagoso and Sen. Panfilo Lacson.

The three presidential aspirants said they were not withdrawing from the race and blamed Vice President Leni Robredo for spreading the word that they were. Robredo’s campaign has denied this.

Gonzales said there should be an alternative to Robredo, the top challenger to Marcos, the survey front-runner, and the three of them were offering themselves to replace the poll second placer.

The former defense secretary said he was worried about the possibility of a Marcos presidency.

“I share the same sentiment that Marcos should not be in power because there are so many issues that could destabilize the society,” he said.

Gonzales was active in the resistance movement against the Marcos martial law regime.

His political party, Philippine Democratic Socialist Party, which he founded in 1973, was involved in protests against the dictator.

The press conference called by the three presidential candidates was meant to inform voters that they were not backing out of the race.

They said they could work with whoever among them wins the elections.

But things took a different turn when Domagoso called for Robredo’s withdrawal. Lacson was surprised, telling reporters after the press conference that he didn’t expect that statement from the Manila mayor.

Gonzales admitted a few days after that Domagoso’s call had made him “uncomfortable” and he apologized to the Vice President.

Nevertheless, the press conference was free publicity for Gonzales, who mostly ran his campaign online save for a few media interviews and in-person appearances, including all the televised debates he was invited to.

Gonzales said he had envisioned the Philippines becoming a First World country under his leadership.

“I’ve been with the government for a long time but I have yet to hear a person, a leader who will say, ‘I want to make this country First World,’” he said in an online interview with the Global Daily Mirror earlier this month.

“We are not making the discussion to become one. So here I am taking courage to run for president and I will make this country First World. But we have a little problem—I might lose,” he said with a chuckle.

If by any chance he wins, the retired government official said he would focus primarily on education and the country’s political system.

Gonzales believes that there should be a common standard of education for both the rich and the poor.

“Our educational system is really showing the unfortunate divide between poor and rich. You will see the different standards between the two,” he said. “Hopefully if we have raised the standard we can start dreaming of being a First World.”

Gonzales said he would also push for Charter change in his first year in office to pave the way for a parliamentary system but not federalism.

“I’m not in favor of federalism, like [what] others are advocating, but we can discuss it. Perhaps we could convert our regions into autonomous ones,” he said during a debate.

It was also important for him that the Philippines earned the respect of other countries. This is reflected in his strong stand against China’s growing assertions in the West Philippine Sea.

“If we want other nations to respect us, we have to show that we love our country, that we are prepared to offer our lives, to defend it,” Gonzales said in a forum with businessmen.

Having modern weapons is not enough to win a war, he said. The “quality of its people” is what is more important, he said.

Gonzales is advocating for “national mobilization” to increase the country’s reserved force, and supports calls for mandatory military service to “provide the nation the size and quality of manpower it needs to face or combat the full range of national security threats and similar emergencies.”

“If we call for national mobilization and begin to authorize the increase of our reserve force to 10 to 20 million, that will be a sufficient in number to show that we Filipinos, even if we lack modern systems, we have determination to offer our lives if necessary to defend every inch of our soil,” he said in one virtual forum.

Agriculture will also be among Gonzales’ top priorities as he sees food security as a core national security issue.

“The Department of Agriculture should not have so many employees who just sit at their desks. They should go to the farms,” he said.

Gonzales sees the May 9 polls as the only opportunity for him to run for president after all his years in public service. “Seeing what’s going on now … I think this is the right time for me to speak up and point out what’s wrong in our system,” he said.

Gonzales to Church: Be politically involved but non-partisan