Gonzales apologizes to VP, says he was 'uncomfortable' with withdrawal call | Inquirer News 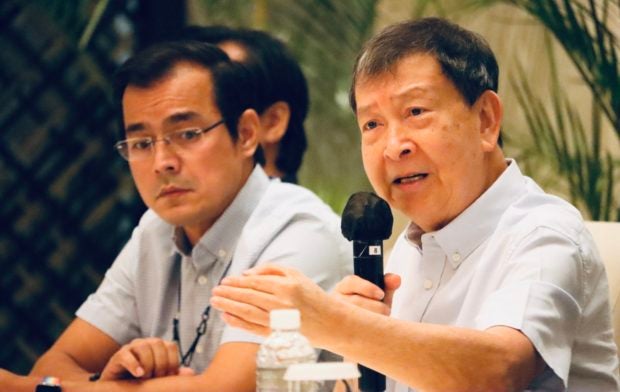 “I’m apologizing to her. Because what we need is something better after the elections, whoever wins,” Gonzales said in an ANC interview.

He also stressed that he is not “anti-Robredo,” saying she has the “best chance of really challenging” the current survey frontrunner, former Senator Ferdinand “Bongbong” Marcos Jr.

“I am not anti-Robredo…So far, if we will draw from the survey, she has the best chance of really challenging BBM,” he said.

On Sunday, Gonzales joined fellow contenders Senator Panfilo Lacson and Moreno in a press conference, where they insisted that none of them will back out from their respective bids, citing alleged attempts to convince them to do so.

Moreno went as far as calling on Robredo to do the “supreme sacrifice” and withdraw from the presidential race.

Isko admits going off script in withdraw call vs Leni

Lacson has already distanced himself from Moreno’s call. Gonzales, for his part, said he felt “uncomfortable.”

“There was no intention of asking the vice president to withdraw. I think Mayor Isko may have been carried away in the heat of the question and answer but there was no agreement whatsoever that we will ask anyone to withdraw,” Gonzales went on.

“Why should we? When we ourselves are rejecting the idea of withdrawal. Wala sa agreement yun [It was not in the agreement],” he added.

“I was uncomfortable there because wala sa usapan [we did not agree to that] ,” he further said.

Gonzales said that what the press conference intended to show to the public is the willingness of presidential candidates to work with each other after the election regardless of who wins.

(We did not think the press conference would come to that. We thought, it’s the beginning of that very happy feeling that we are willing to come together, we will help each other after the elections.)

“The spirit that we are trying to project here is as early as this time, dapat pagkatapos ng eleksyon—kung wala namang dayaan, kung wala namang subversive activities—time to think reconciliation, cooperation, we will work together. Because like it or not, malala ang problema ng bayan,” he added.

(The spirit that we are trying to project here is as early as this time, after the elections—if there is no cheating or subversive activities—it’s time to think of reconciliation, cooperation, we will work together. Because like it or not, the country is facing tough problems.)