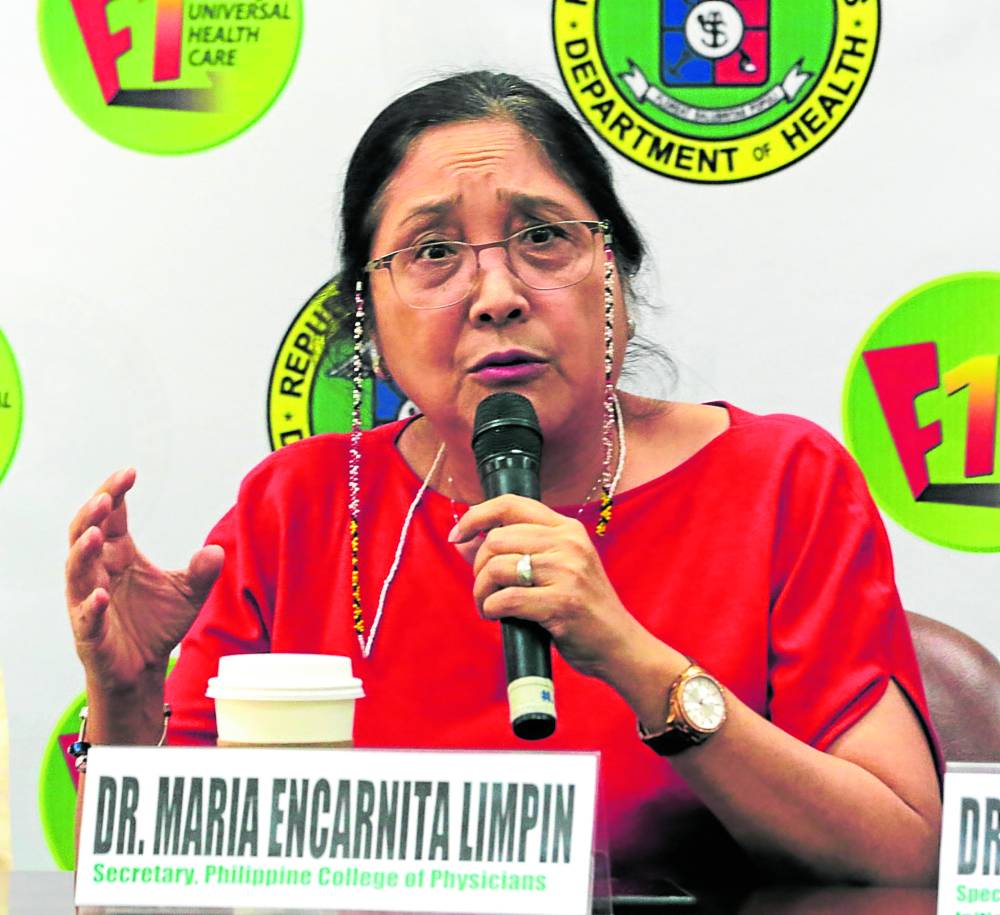 MANILA, Philippines — The government should bring back mandatory quarantine for travelers arriving in the country to ensure proper surveillance, the head of a medical organization said on Thursday.

“Let’s implement the quarantine [measures] so that exposure [among travelers] would be limited,” Dr. Maricar Limpin, president of the Philippine College of Physicians, said in a radio interview.

She said the Finnish visitor recently confirmed as the first case of Omicron sublineage BA.2.12 in the country showed symptoms on the ninth day, within the 10-day incubation period when the virus in a person is most contagious.

Fully vaccinated foreign tourists and travelers from visa-free countries were allowed to enter the country without having to undergo quarantine starting Feb. 10 this year.

A total of 157 countries are considered visa-free, including the United States, South Korea, Japan, Australia, Canada, the United Kingdom, Finland and all the other member-states of the Association of Southeast Asian Nations.

The travelers, however, are still required to present a negative RT-PCR test taken within 48 hours or a negative antigen test done within 24 hours from departure from their country of origin.

Before the restrictions were eased, arriving foreign travelers had to undergo facility-based quarantine and retake a swab test on the fifth day. And even with a negative result, they must still undergo home quarantine for 14 days from the date of arrival.

The Finnish visitor, a 52-year-old woman, arrived in Manila on April 2 and did not go through the usual isolation at a facility since she was fully vaccinated and was asymptomatic upon arrival, the Department of Health (DOH) said.

The foreigner left for Finland on April 21 after a seven-day isolation and recovery.

Limpin stressed that visitors must make certain through a confirmatory RT-PCR test, the gold standard in COVID-19 testing, that they are free from the coronavirus.

Since testing of the general population has been low, Limpin said, it was also possible that the Finnish woman got the Omicron subvariant BA.2.12 from someone in the country.

Health Undersecretary Maria Rosario Vergeire on Thursday said the visitor had close interaction with 44 individuals when she visited two cities to conduct seminars. Nine of those close contacts were in Quezon City, five in Benguet province, and 30 on her incoming flight to Manila.

Asked if there would be more close contacts to be added in the coming days, Vergeire said this was the final count based on the contact tracing conducted.

The DOH said none of them had been confirmed to be infected by the BA.2.12 subvariant, but it has yet to explain why only two of the close contacts were tested for the coronavirus.

The country’s first case of the Omicron subvariant was announced on Wednesday in a press briefing by the DOH office in the Cordillera region.

According to Karen Lonogan, an epidemiology nurse at the DOH regional unit, the visitor’s close contacts in Baguio were asymptomatic at the time of contact tracing and did not have to be tested.

Lonogan said the Finnish traveler also went around the city, including restaurants, but only within a “short” period.

Limpin said the country’s health-care system would be “ready at all times” for a possible surge in COVID-19 infections, but called on the public to strictly follow minimum health protocols and get their booster shots if eligible.

“We still don’t know if [BA.2.12] may cause severe COVID, that’s why the most that we can do is monitor the effects of the new subvariant… and aside from wearing face masks, we have to get vaccinated to protect ourselves,” the doctor said.