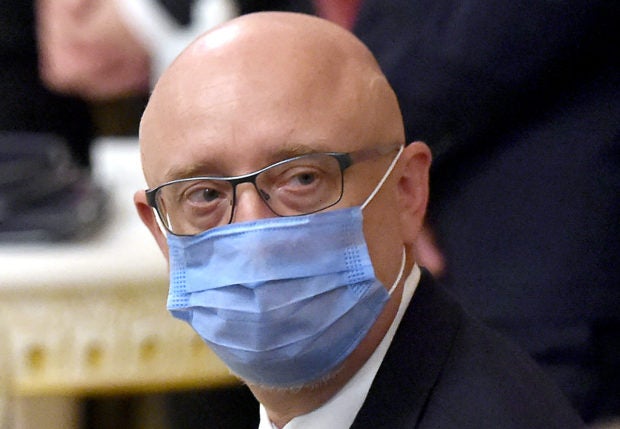 This picture taken on June 21, 2020 shows Oleksiy Reznikov, a former minister in charge of reintegration of separatist-held areas, during talks with Switzerland delegation in Kiev. AFP

KYIV—Ukraine’s Defense Minister Oleksiy Reznikov on Wednesday said Kyiv faced “extremely difficult weeks” ahead, warning of major “destruction” in a developing Russian offensive in the east of the country.

“Some extremely difficult weeks lie ahead,” Reznikov said in a statement on Facebook.

“Russia has already gathered forces for a large-scale offensive in eastern Ukraine,” he added, saying Moscow “will try to inflict as much pain as possible” and warned of “destruction and painful casualties”.

“In the coming days we will need all our resilience and extraordinary unity,” Reznikov told Ukrainians.

He added that the coming events would “determine the future of our state.”

Russia has pressed on with its invasion of Ukraine, re-focusing on the east and south of the country as the war enters its third month.

Kyiv conceded that Russian forces had made gains in the east, with Moscow’s forces capturing a string of villages in the Donbas region.