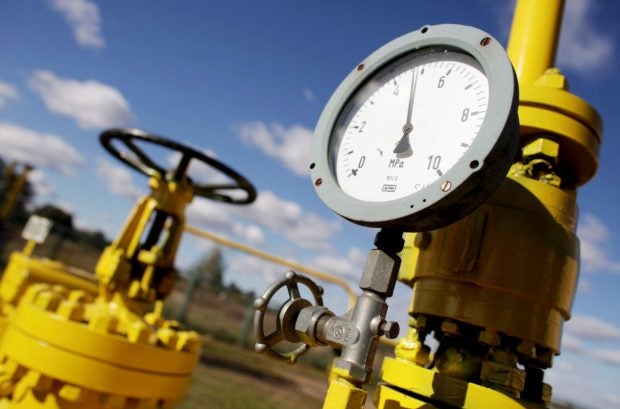 A pressure gauge is pictured at a Gaz-System gas compressor station in Rembelszczyzna outside Warsaw October 13, 2010. (REUTERS / File Photo)

WARSAW/SOFIA/KYIV  – Europe should stop depending on Russia for trade after Moscow halted gas supplies to Bulgaria and Poland for not paying in roubles, Ukraine said, as the shutoff exposed the continent’s weaknesses and divisions on Wednesday.

The decision, denounced by European leaders as “blackmail”, comes as Russia’s own economy wilts under sanctions and Western countries are sending more arms to Kyiv despite warnings from the Kremlin to back off.

Gazprom, Russia’s gas export monopoly, suspended gas supplies “due to absence of payments in roubles”, as stipulated in a decree from Russian President Vladimir Putin that aims to soften the impact of sanctions.

“The sooner everyone in Europe recognises that they cannot depend on Russia for trade, the sooner it will be possible to guarantee stability in European markets,” Ukrainian President Volodymyr Zelenskiy said late on Wednesday.

While the president of the European Commission said Gazprom’s move was “yet another attempt by Russia to use gas as an instrument of blackmail”, EU member state ambassadors asked the executive for clearer guidance on whether sending euros breached sanctions.

France will host a meeting of EU energy ministers on May 2 to discuss how to deal with Russia’s move.

He declined to say how many countries had agreed to switch to paying for gas in roubles but other European customers said gas supplies were flowing normally.

On the battlefield, Ukraine reported that Russian troops had made gains in the east.

Russia reported a number of blasts on its side of the border, and a blaze at an arms depot. Kyiv called the explosions “karma”.

Ukraine said Russian forces had used tear gas and stun grenades to disperse a pro-Ukraine rally in Kherson, the first big city it has seized. A series of powerful explosions caused by rockets hit the centre of Kherson late on Wednesday, Ria News agency reported.

The invasion of Ukraine has reduced towns and cities to rubble, and forced more than 5 million people to flee abroad in a conflict that has prompted fears of wider conflict in the West, unthought of for decades.

Moscow calls it a “special operation” to disarm Ukraine. Kyiv and its allies call the war an unprovoked act of aggression.

With so many EU members reliant on Russian energy, the European Commission has said the EU’s gas buyers can engage with Russia’s payment scheme provided certain conditions are met.

Germany’s main importer, Uniper, said it could pay without violations. Austria and Hungary, among others, have also indicated they will take this route.

Bulgaria and Poland, former Soviet-era satellites that have since joined the EU and NATO, are the only two European countries with Gazprom contracts due to expire at the end of 2022, which meant their search for alternatives was under way.

Warsaw has been one of the Kremlin’s most vocal opponents over the war.

Bulgaria has long had warmer relations with Russia, but Prime Minister Kirill Petkov, who took office last year, has denounced the invasion. He was due in Kyiv on Wednesday to meet Zelenskiy.

The cut-off comes as the weather turns warmer and the need for gas heating dwindles. Poland says it has ample gas in storage, and Bulgaria is seeking supplies from Greece and Turkey.

But if the cut-off lasts for many months or spreads to other countries, it could cause havoc.

Germany, the biggest buyer of Russian energy, hopes to stop importing Russian oil within days, but weaning itself off Russian gas is a far bigger challenge.

A Russian economy ministry document indicated that Russia’s economy could shrink by as much as 12.4% this year.

Since the Russian invasion force was driven back at the outskirts of Kyiv last month, Moscow has refocused its operation on eastern Ukraine, starting a new offensive to fully capture two provinces known as the Donbas.

Kyiv has not confirmed responsibility for these and other earlier incidents, but has described them as payback. “Karma is a cruel thing,” presidential advisor Mikhaylo Podolyak wrote on social media.

An aide to the mayor of the ruined port city of Mariupol said Russian forces had renewed their attacks on the Azovstal steel plant, where fighters and some civilians remain holed up.

Concern has increased over the prospect of the conflict widening to neighbouring Moldova, where pro-Russian separatists have blamed Ukraine for reported attacks this week in their region, occupied since the 1990s by Russian troops.

Authorities in Transdniestria said there had been firing across the border from Ukraine on Wednesday.

Ukraine has accused Russia of trying to mastermind ‘false flag’ attacks in the region, and Moldova’s pro-Western government accuses the separatists of trying to stir conflict.

Read Next
U.S., Russia swap prisoners Reed and Yaroshenko amid war tensions
EDITORS' PICK
DepEd seeks P16B addt’l funds for repair of schools damaged by Abra earthquake, typhoons
12.2M Filipino families felt ‘poor’ in Q2 of 2022 — SWS survey
Summit breakthrough – EJ Obiena is the first Filipino to win in the World Athletics Championship
As Duterte stepped down, more Filipinos tighten belts to make ends meet
House energy committee chair Arroyo bats for cheap electricity
Beyond just beauty and aspiration: How Air Residences gives new meaning to luxury
MOST READ
LOOK: Barbie Imperial a gold goddess in ‘Ibong Adarna’ birthday shoot
US jet that flew Pelosi to Malaysia turns north to Philippines
Giselle Sanchez slammed by Floy Quintos: ‘Art has nothing to do with your choice’
Vice Ganda apologizes for ‘Miss Q and A’ contestant who made inappropriate joke on ‘It’s Showtime’
Don't miss out on the latest news and information.