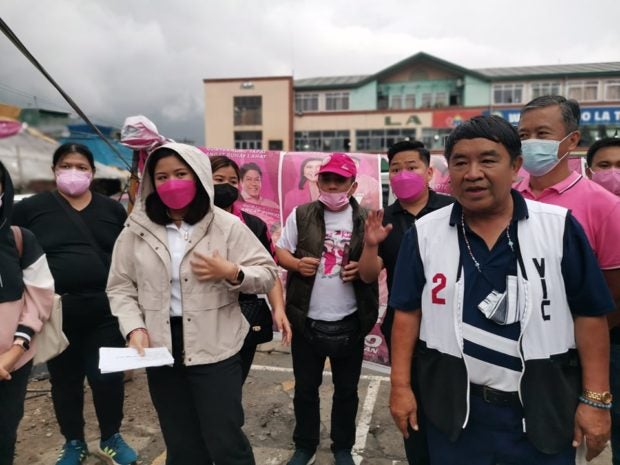 According to the RPC chapter in Baguio City, the same incident had already happened in the past to re-electionist and opposition Senator Risa Hontiveros, when she was peacefully campaigning in Baguio City last December 2021 when she too was heckled.

Video footage of the youngest Robredo daughter doing face-to-face campaign in Baguio City went viral on social media after an unknown individual shouted at her for causing congested pathways in the market.

“Such an unacceptable… (even a) coordinated operation has happened in the past, particularly to allies such as Sen. Risa Hontiveros when she was in the same area in December 2021. It is unfortunate that it happened again to Ms. Jillian,” RPC Baguio’s official statement, which was posted on Facebook, said.

“The RPC house-to-house and Tao sa Tao campaigns are done to engage all the people kindly and with an open heart, whether or not they support VP Leni. This was what Ms. Jillian was doing with our RPC volunteers. Contrary to the posts online, she and her volunteers did their best to approach market-goers without being a bother to others,” RPC added.

RPC said that while Jillian and the rest of the volunteers were trying to woo voters at Baguio City’s Public Market, a woman shouted at the team to refrain from blocking the roads. The heckler even told the team that Jillian’s team are only visitors, and that they are Igorots.

The people’s council said that the actions of the woman do not reflect the entirety of Baguio City and the Igorot people — adding that there were stall owners who approached Jillian to apologize.

“This unfortunate incident has put the people of Baguio, particularly the Igorots, in a bad light. It has given the impression that those who are not from the city are not welcome, when in fact Baguio is a tourist destination. The people of Baguio, regardless of what language they speak, have always been known as warm and welcoming to visitors,” RPC said.

“This individual’s unacceptable behavior should not be seen as the norm,” it added.

RPC also countered claims by some netizens and social media bloggers that the heckling incident was borne from the insistence of Jillian to campaign and talk to voters, stressing that a longer video showed that the attack was unprovoked.

“Contrary to the comments on social media, the verbal attack was unprovoked, and the edited/ spliced videos that show otherwise do not indicate truly what happened,” RPC noted.

Robredo’s daughters have been doing house-to-house campaigns to help the presidential bid of their mother, visiting areas that are not necessarily supportive of their camp.

According to numbers from the Commission on Elections, Marcos garnered 446,459 votes in the said region while Robredo only got 116,055 votes.