Robredo-Pangilinan tandem gets support at mini rally in Benguet 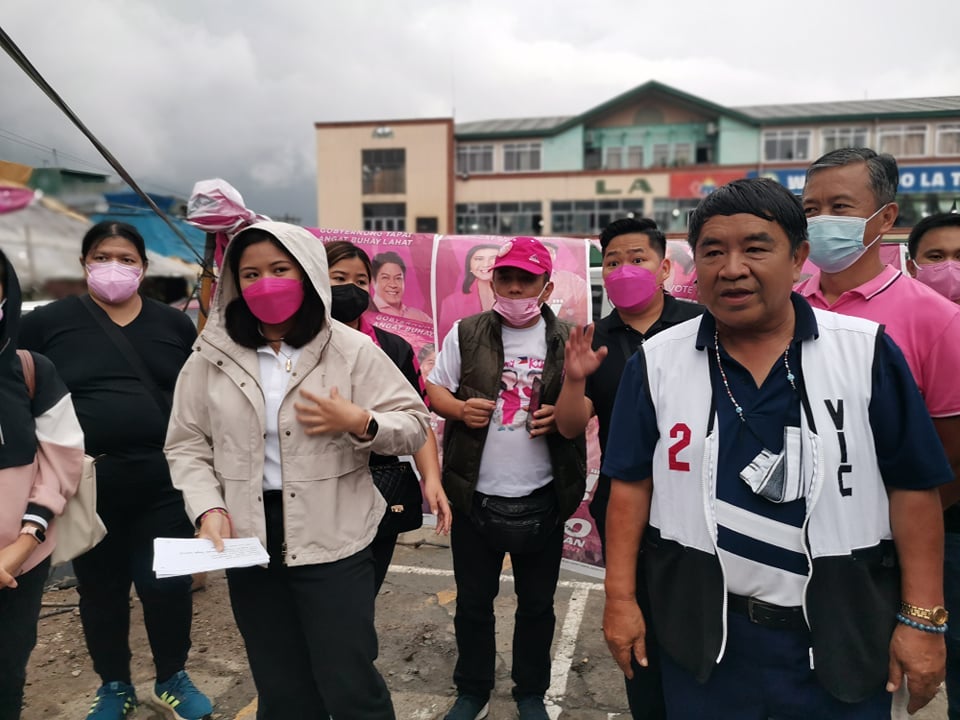 Robredo’s youngest daughter, Jillian, joined the crowd during the event after also campaigning for her mother in nearby Baguio City. 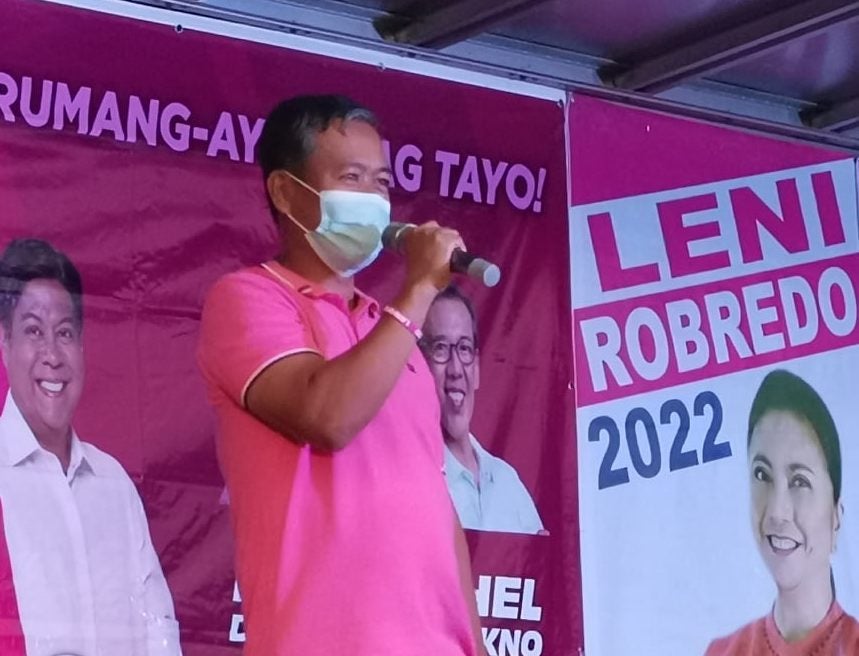 Lawyer Jerry Marave, who is running for governor of Benguet under the Kilusang Bagong Lipunan (KBL), announces his support for the presidential candidacy of Vice President Robredo and her running mate, Sen. Francis “Kiko” Pangilinan during a mini rally in La Trinidad town, Benguet province on Tuesday, April 26. (Photo by Kimberlie Quitasol)

During the rally held at the parking area of the town’s public market, Lawyer Jerry Marave, who is running for governor of Benguet under the Kilusang Bagong Lipunan (KBL), announced his support for the candidacies of Robredo and Pangilinan.

Itogon Mayor Victorio Palangdan, who is running for Congress representative for the lone district of Benguet, was also at the mini campaign rally and welcomed Jillian, who represented her mother. Palangdan is also running under the KBL.

Jillian thanked the organizers for holding the mini rally, and Marave and Palangdan for their support.