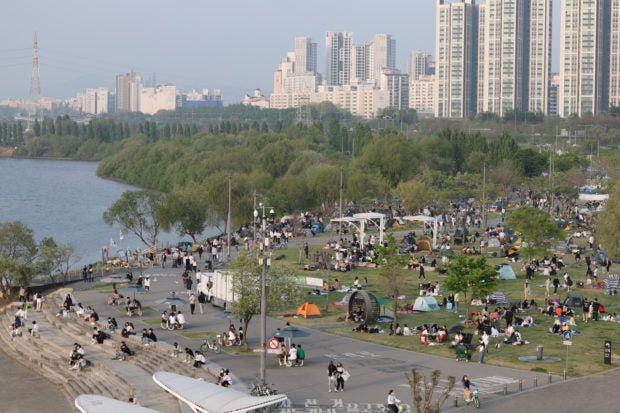 SEOUL — The Korea Disease Control and Prevention Agency said Tuesday Omicron’s more transmissible new subvariant, BA.2.12, made up 10 percent of the circulating variants in the country.

To date no cases of BA.2.12.1, one of two BA.2 subvariants now spreading in northeastern US, have been discovered in the country, the agency said. The other is BA.2.12. The agency said the two new subvariants — BA.2.12 and BA.2.12.1 — are estimated to be about 20 percent more transmissible than BA.2 that has been dominant since the last week of March.

“After the exponential omicron surge, health agencies including the US CDC are saying sequencing rates are no longer meaningful,” said the head of the agency’s surveillance analytics team, Kim Eun-jin. She claimed that Korea was “sequencing far more” than the globally recommended standard.

She added that about 50 percent of “imported” cases, or cases found among international passengers, are being sequenced. So far in April 766 cases were confirmed in arriving passengers.

The agency said from the start of the pandemic through April 16 this year, there have been 55,906 cases of suspected reinfection, of which 55,841 were second infections and 65 of them for the third time. Among them 72 developed severe symptoms and 52 died.

Lee Sang-won, leading the agency’s epidemiologic analysis team, said Korea has been seeing about a 30 percent weekly decline in new cases over April and that this trend was anticipated to continue for about a month or two.

Omicron subvariant BA.2 likely to have same severity as ‘original’ -WHO