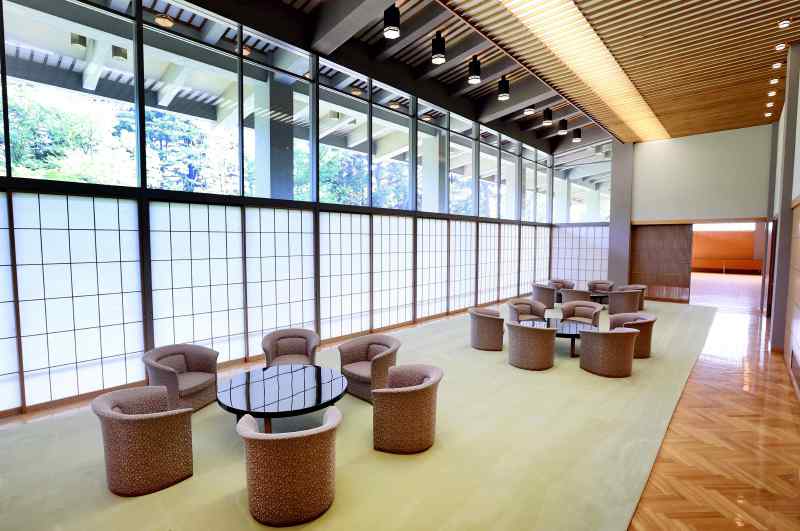 The interior of the renovated Sento Imperial Residence is seen on Monday in Minato Ward, Tokyo. Pool photo / The Yomiuri Shimbun

TOKYO — The renovated residence for the Emperor Emeritus and Empress Emerita was shown to the press on Monday, a day before the couple moves in.

The Sento Imperial Residence in the Akasaka Estate in Minato Ward, Tokyo, was first built in 1960 for the Emperor Emeritus, when he was the crown prince, and the Empress Emerita. The residence was later used by the Emperor and his family until September last year when they moved to the Imperial Palace. Since then the building had undergone renovations.

The basic structure of the building remains unchanged; a two-story reinforced concrete structure with a basement and a total floor space of 6,117 square meters. In addition to the private quarters for the couple, the residence has a public section where they will receive guests, and an office for Imperial Household Agency officials. 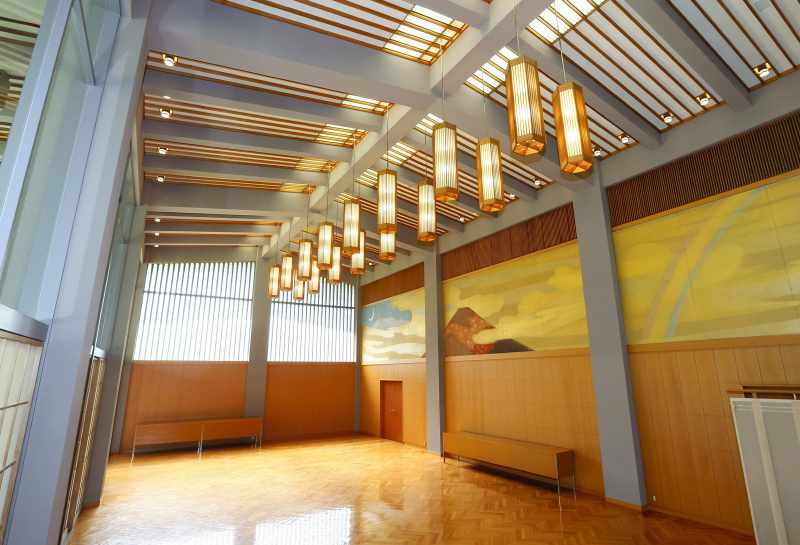 The interior of the renovated Sento Imperial Residence. Pool photo / The Yomiuri Shimbun

Considering accessibility for the elderly couple, the renovation work included setting up an elevator in the private quarters as well as installing handrails and ramps.

There is also a room for the Emperor Emeritus to conduct his lifework research on fish.

The total cost for renovations has been estimated to be ¥640 million.

On his birthday, Japanese Emperor hopes for bright future amid pandemic

Japanese emperor tries to make amends for his father’s war